What’s the connection between this common nasal infection and a leaky gut?

There are many causes of a leaky gut. A MARCoNS nasal infection is one of them. MARCoNS is short for multiple antibiotic resistant coagulase-negative Staphylococci.

While this staph infection resides in your nasal passages — and is common when people are exposed to mold — MARCoNS can potentially cause a leaky gut by lowering an important hormone called MSH (Melanocyte Stimulating Hormone).

MSH helps regulate other hormones, including cortisol, melatonin, and estrogen. It’s strongly antimicrobial and is part of our innate immune system, also helping to regulate inflammation. You can read more about this here.

One of the big hitters in helping to heal a leaky gut is Lactobacillus plantarum.

Low MSH can cause cortisol to be low, contributing to chronic fatigue. Because adequate levels of cortisol are needed for the thyroid hormone T4 to convert to T3, you may have the symptoms of hypothyroidism. MSH also regulates melatonin, so low MSH may result in non-restful sleep.

The list goes on and on and may include appetite swings, dehydration, gluten intolerance — even though you don’t have celiac disease — and thirst with frequent urination.

And if you have this nasal infection, you’ll most likely have a leaky gut that needs to be treated. A growing body of research suggests that certain probiotics can help heal a leaky gut and support recovery.

For instance, some probiotics may reverse inflammation in the cells that line the intestines.1 They may do this either by directly affecting the function of the intestinal barrier or by competing with and inhibiting the growth and activity of pathogens. This would include MARCoNS and Escherichia coli (E. coli).

Staphylococci are among the first bacterial species to colonize the gut after birth, and the gut is likely to be the primary source for infection with coagulase-negative Staphylococci (CoNS).2,3 This suggests that in the battle against this staph infection, great attention needs to be paid to helping heal the gut in order to prevent reinfection while busting biofilms and eradicating these bacteria. 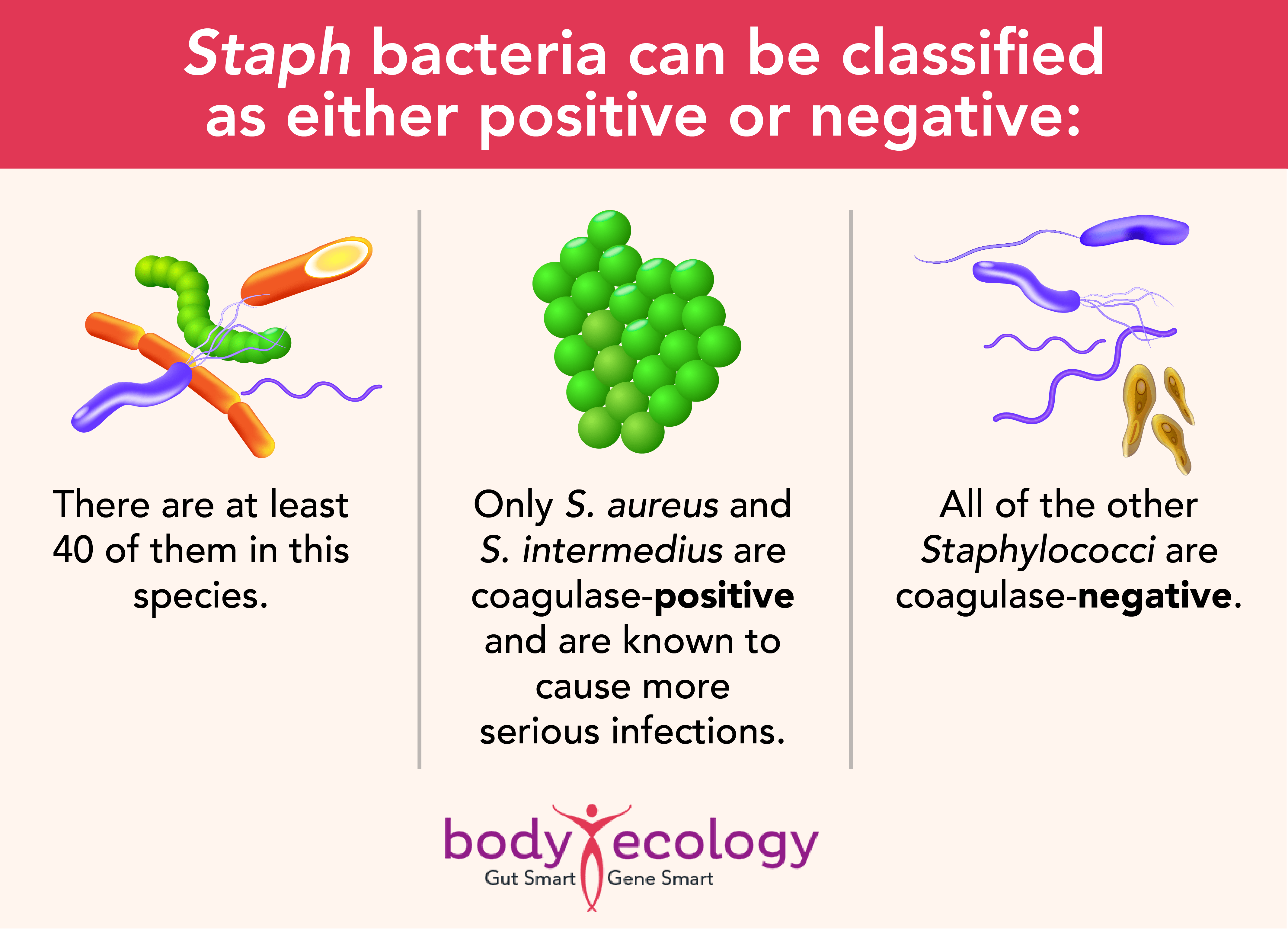 S. epidermidis is the most important CoN species and is the major cause of infections linked to prosthetic devices and catheters, like pacemakers and joint replacements.4 These bacteria may also cause peritonitis in those who receive kidney dialysis and endocarditis (an infection on the lining of the heart) in individuals who have prosthetic valves.5

Other CoNS can cause infections too, but these often go undetected because of difficulties identifying the bacteria. This problem is exacerbated by infections that are often chronic, with few obvious symptoms. While the infection itself may contribute little in the way of active harm, it could help open or keep the door open to other infections by promoting leaky gut syndrome.

Probiotics have been shown to prevent and encourage recovery of leaky gut:

Other probiotic species also help support these tight junctions and the epithelium as a whole, in part by secreting metabolites that alter the expression of different proteins in the lining of the gut.

Bifidobacterium infantis, for example, has been found to have beneficial effects on “transepithelial resistance” and “altered ion secretion,” scientific terms that simply mean that the gut is better at keeping in what should be kept in while still letting through beneficial nutrients.9

One of the big hitters in helping to heal a leaky gut, however, is Lactobacillus plantarum:

Lactobacillus casei strain DN-114 001 was found in one study to help “prevent the development of severe forms of intestinal inflammation by strengthening the integrity of intestinal barrier and modulation of gut microenvironment.”12

Lactobacillus rhamnosus GG metabolites were found in another study to help protect against alcohol-induced damage to the intestinal barrier.13

Interestingly, this study didn’t use the live probiotic but instead used the culture in which the bacteria had grown, which was rich with metabolites from the bacteria but not the bacteria themselves. This probiotic supernatant restored levels of tight junction proteins and other factors and helped prevent the typical increase in the intestinal permeability and resulting endotoxemia and liver injury caused by alcohol.

What is candida – and why is it in your body? Claim your free Candida Guide to find out.

In addition to manufacturing metabolites that support protein production in the intestines, many probiotics produce antimicrobial compounds, including bacteriocins, that can help manage infection directly.14 Lactobacillus salivarius UCC118, for example, produces a bacteriocin (Abp118) that protected mice against infection with Listeria monocytogenes EGDe.15

The bacteriocin Nisin F is produced by Lactococcus lactis subs. lactis and is active against a number of gram-positive bacteria, including Listeria, Staphylococcus, Bacillus, and Clostridium spp.16

In one study, Nisin F was found to temporarily suppress the growth of Staphylococcus aureus in mice.17 In another study, researchers saw an immediate decrease in infection after injection of Nisin F into mice infected with L. monocytogenes EGDe and S. aureus.18

These bacteriocins offer a welcome alternative to antibiotics and could help eradicate a range of bacterial infections, including MARCoNS and other multidrug-resistant infections.22 Bacteriocins are non-toxic to humans and are relatively easy to produce in a laboratory.

Or, of course, you could maintain a healthy diet that includes fermented foods rich in probiotic species producing these bacteriocins. 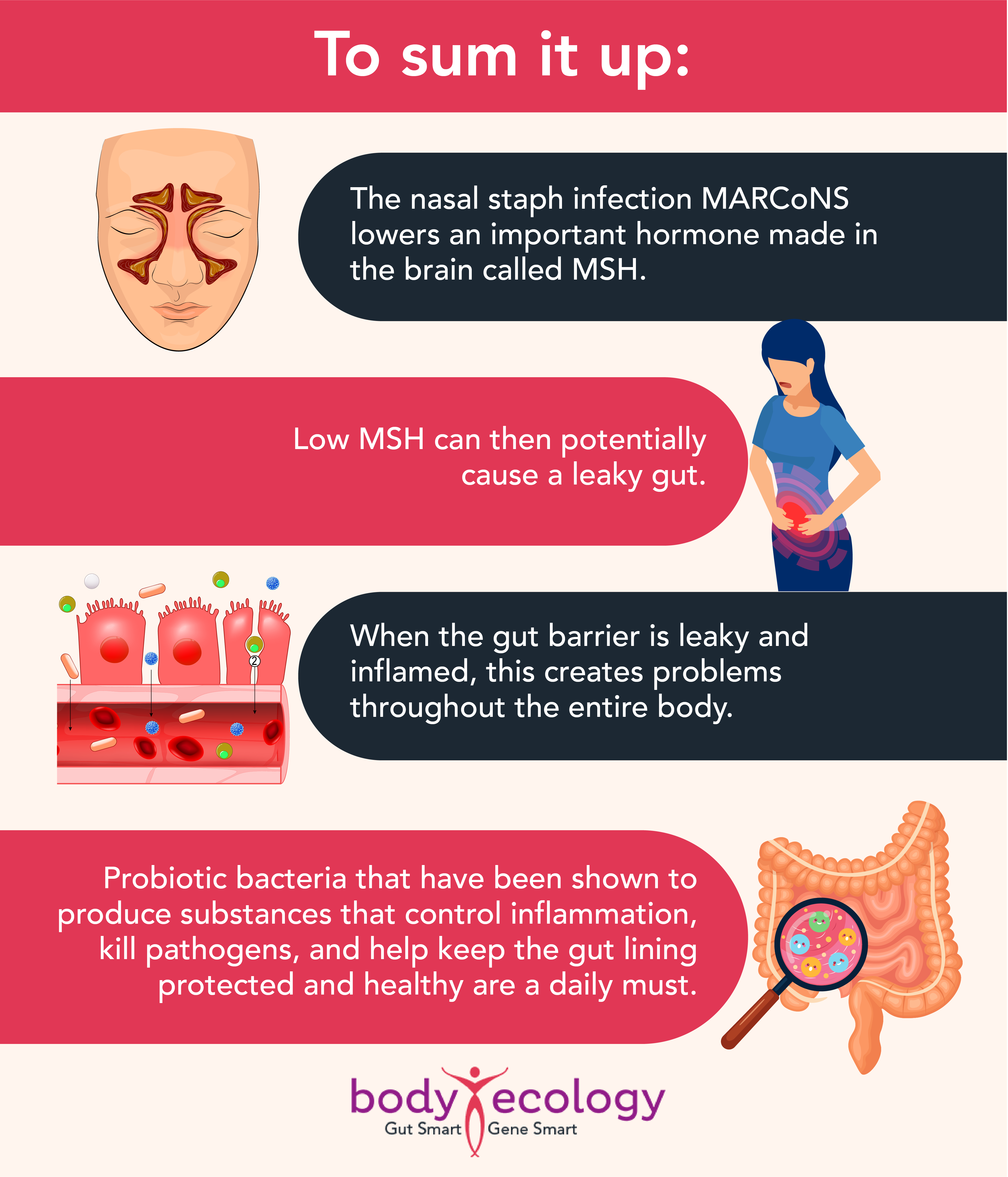 Probiotics do need to be taken on a daily basis because these tiny little alchemists come and go. Many are merely transient residents inside you; however, while they’re there, they do so many important things.

A spoonful of cultured veggies with your meals will provide you with an amazing diversity of beneficial bacteria and other microbes. But introducing specific strains of other potent bacteria — like Bifidus and Bacillus species — make for an even healthier gut.