MARCoNS: Just a glance at the acronym looks like trouble. MARCoNS stands for multiple-antibiotic resistant coagulase-negative Staphylococci — which means it’s an antibiotic-resistant staph bacteria, one that resides deep in the nasal passages. In other words, it’s a nasal staph infection.

Technically, it’s not an infection but a commensal bacterial colonization that can become a nasal staph infection, like other potentially pathogenic bacteria that coexist in the human body. Commensal bacteria are normal flora consisting of microorganisms, which can inhabit our gastrointestinal/respiratory tracts, vagina, skin, and other areas.

Eighty percent of those with low MSH are thought to have MARCoNS.

MARCoNS is considered a controversial condition in some circles as a segment of the medical community claims it’s not recognized by medical science as a “real” diagnosis.

Nevertheless, coagulase-negative Staphylococci (CoNS) are routinely found in healthy people, particularly on the skin.1 Problems can arise when certain strains of potentially pathogenic bacteria proliferate and create an imbalance in the body.

MARCoNS is difficult to treat, yet patients have resolved this complicated infection by employing a combination of treatment strategies (including patience), which we’ll explore in this article.

Before you treat, find out the root cause of MARCoNS

MARCoNS is not commonly found deep in the sinuses of individuals with normal, intact immune systems. It’s more common in patients who have mold exposure with the accompanying mycotoxins (toxic compounds given off by certain types of mold).2

Symptoms of CIRS appear similar to what one would expect to see in patients dealing with an infection in the nasal passages, indicating that there could be a link between MARCoNS and CIRS.

Pathogenic coagulase-negative Staphylococci bacteria can interfere with multiple functions in the body.4 For example, it releases exotoxins A and B (bacterial toxins that inhibit cell function) into the bloodstream. These chemicals, manufactured by harmful bacteria, exist in the nasal passages but cause systemic damage through increasing inflammatory responses.5

Staph coagulase-negative bacteria can become resistant to multiple antibiotics (hence, the term MARCoNS) due to a protective substance known as a biofilm. Biofilms encase the bacteria — as if they were walled off in a fortress — and block antibiotics from entering.6 Biofilms make chronic infections much more difficult to treat.

Supplementing with EDTA (a substance that can grab and bind to other molecules, acting as a detoxifying agent) and N-Acetylcysteine (NAC) may help break apart biofilm, allowing antibiotics, antifungals, and other treatments to reach and destroy pathogens.2

What MSH (melanocyte-stimulating hormone) has to do with MARCoNS

Melanocyte-stimulating hormone (MSH) is one of a number of hormones that the pituitary gland, hypothalamus, and skin cells produce. It’s a powerful anti-inflammatory and helps to regulate inflammatory responses, so it’s vitally important to keep MSH levels in balance.7 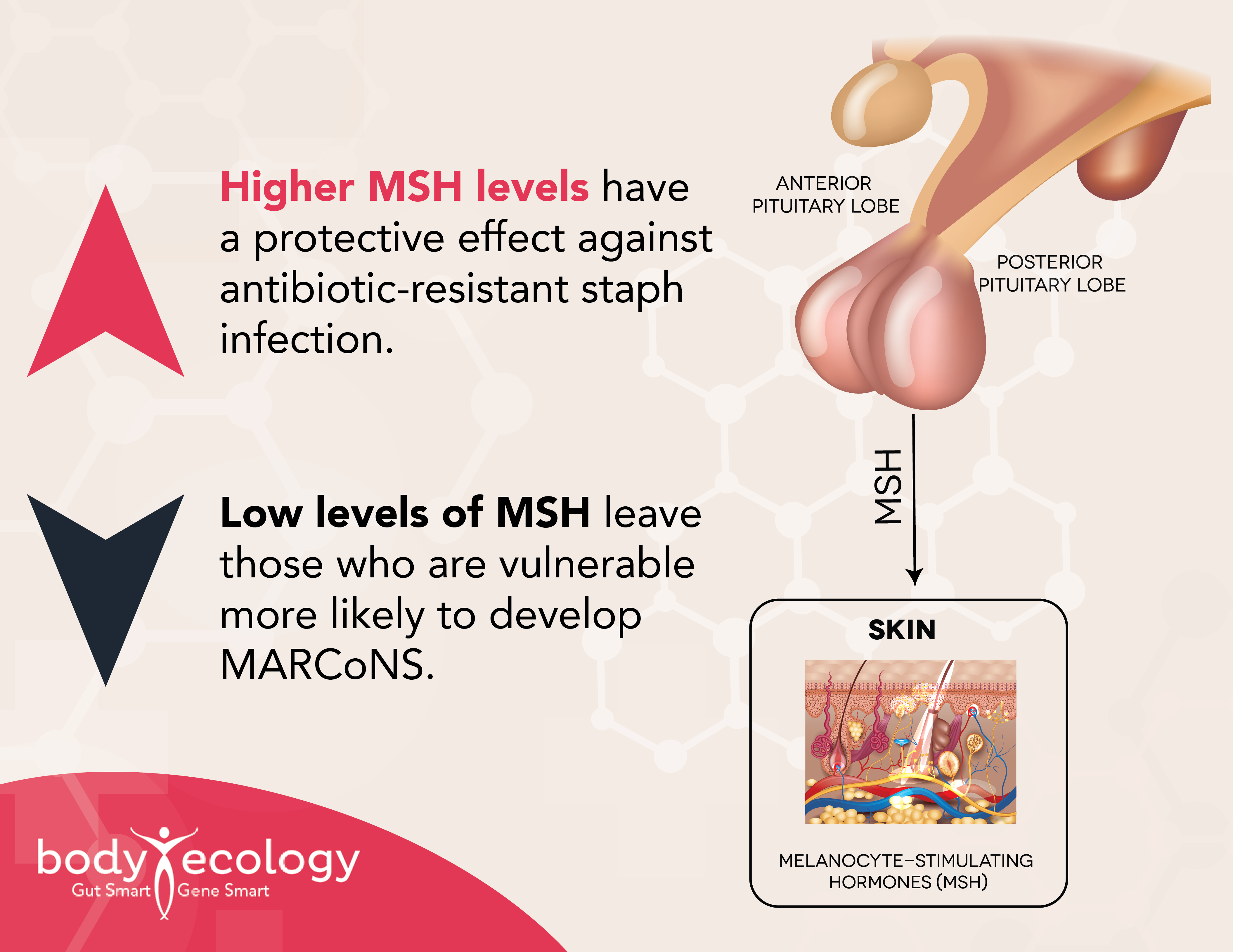 Low MSH is caused by increased inflammation, triggered by cytokines reacting to biotoxins (mold and Lyme) in the body. Those that suffer from biotoxin illnesses, such as chronic Lyme disease and mold exposure, are more prone to these inflammatory conditions that lower MSH.

Complicating matters, people with CIRS often have low levels of MSH, making them even more susceptible to MARCoNS. Eighty percent of those with low MSH are thought to have MARCoNS.8 Furthermore, the incidence of patients with low MSH also having MARCoNS increases if the patient has been taking antibiotics for a month or longer.9

When MSH falls too low, the body will respond by raising Adrenocorticotropic Hormone (ACTH). In times of stress, ACTH contributes to a surge in cortisol.11 This activity serves to keep the body functional in the face of the increased stress.

In short, reduced MSH can be considered a cofactor that could disrupt multiple biological processes, which contribute to MARCoNS taking hold as a nasal staph infection. Genetic testing (known as HLA-DR) is available and can be used to determine if there’s an immune deficiency present that prevents the body from being able to excrete Lyme, bacterial, or mold toxins.

Let’s get better together. Listen and subscribe to the Body Ecology Living Podcast.

How to raise MSH and eradicate MARCoNS

There are strategies available that can help increase MSH levels by destroying biotoxins, leading to the eventual elimination of MARCoNS:

Whether you’re supporting your gut with multiple strains of beneficial bacteria and providing a source of nourishment for those bacteria, and/or consuming foods and beverages that contain healthy microbes that will colonize in the gut, Body Ecology offers a complete selection of delicious foods, beverages, and probiotics that provide benefits to support MARCoNS treatment options.

In short, VIP is a hormone treatment that helps support healthy levels of other hormones. It’s often considered the last strategy in the healing journey for CIRS patients once gut health is addressed, and other protocols are implemented. It’s available only by prescription from a compounding pharmacy.

Again, supporting the immune system systemically by bolstering gut health is vital. In addition, using a nebulizer and doing nasal rinses are effective in fighting nasal pathogens and MARCoNS. Healthcare practitioners are recommending that their patients use certain natural antibacterials in a nebulizer (or nasal rinse) twice a day.

Natural choices could include Biocidin, colloidal silver, and propolis. (Or all three together.) Xylitol in the water breaks up biofilms. Hydrogen peroxide is especially effective but may be too harsh for some. Try nebulizing a diluted solution of hydrogen peroxide with water (1 quart water to 1 tablespoon hydrogen peroxide). Quinton minerals prove helpful as well.

Healing from biotoxin illnesses can be a long journey. But functional medicine recommendations and interventions exist, and more are being developed that are making recovering from chronic illness possible. 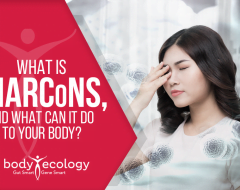