Why Antibiotics Put You at Risk for Viral Infection

Researchers at the University of Helsinki in Finland reported that probiotics help fight viral respiratory tract infections (like the common cold and the flu). 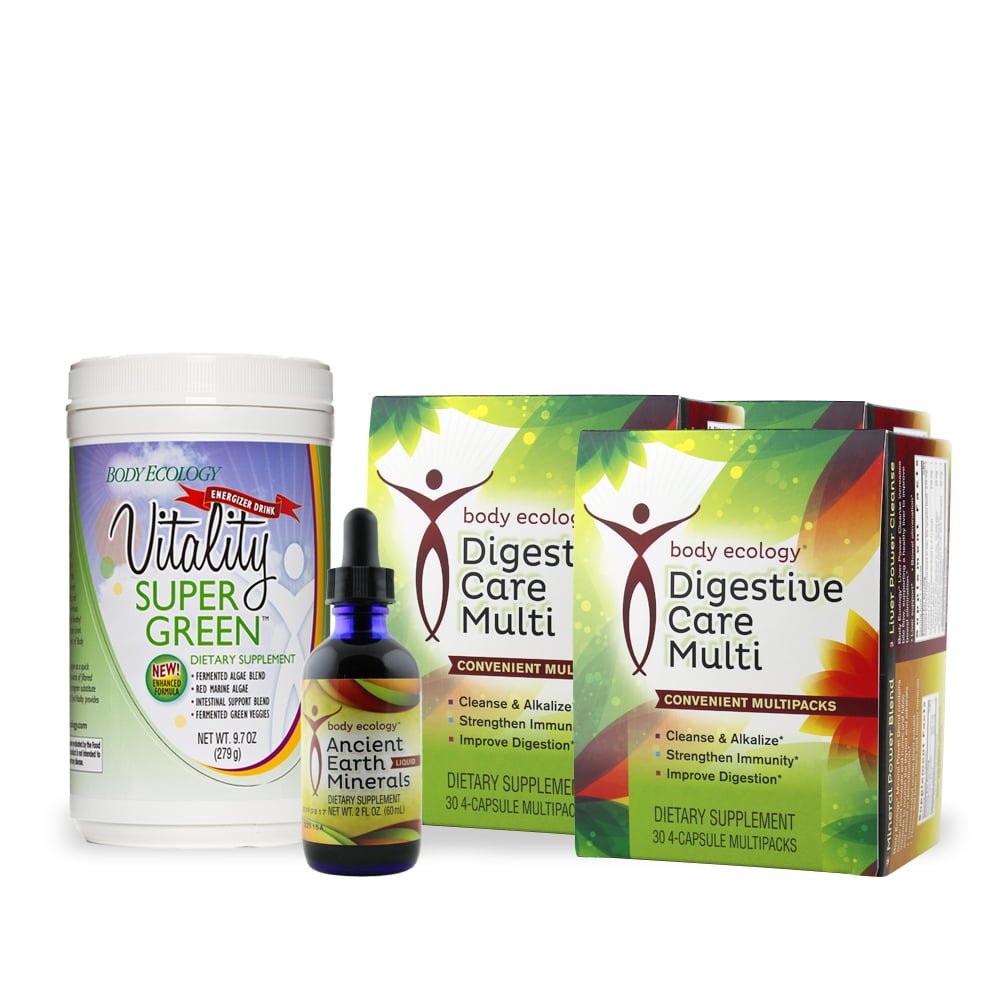 According to research, antibiotics can make it more difficult to fight off the flu virus — by wiping out healthy bacteria and leaving your immune system defenseless. Give your body complete support with our Antiviral Protocol: Replenish good bacteria in the gut and help to strengthen your natural defense against viruses.

Viruses — on the other hand — are a different kind of bug. Because they are different, they remain essentially unaffected by antibiotic drugs. This information is important to understand, especially as the Zika virus has recently overtaken social media and the news. The mosquito-transmitted viral infection related to the West Nile virus and yellow fever was declared an international public health emergency by the World Health Organization, after spreading to the Western hemisphere in 2015 following an outbreak in Brazil.

Learn Body Ecology’s System of Health and Healing from the comfort of your own home. View our online courses at Body Ecology U.

Now, the dangerous and uncontained virus, commonly found in Africa and Asia, has millions of people fearing for their lives. Pregnant women have been urged to take caution in where they travel since the virus can easily spread from mother to baby, possibly causing a severe birth defect known as microcephaly.1 Even men have been warned against the viral outbreak as the virus can be transmitted through infected semen. Health professionals estimated that, without taking the proper precautions, as many as 4 million people could have been infected with the Zika virus by the end of 2016 — largely because we don’t have the immunity to resist it.2

When Antibiotics Do More Harm Than Good

You can’t stop the common cold or the flu with antibiotics. But you can make these viral infections worse.

Antibiotics strengthen a viral infection (like the common cold or the flu). Viruses naturally living in the body can store antibiotic-resistant genes, passing them out like candy to hungry bacteria and intensifying the problem of antibiotic resistance.

Antibiotic resistance is a very real public health crisis. When bacteria are resistant to antibiotic drugs, they are able to survive (and even thrive) in the body — in spite of antibiotic use.

This means that some bacterial infections are literally impossible to treat. And we have no one to blame but ourselves. The overuse of antibiotic drugs has given bad bacteria the genetic wherewithal to survive antibiotics, turning them into virtual “superbugs.”

Find out more about the woman who started it all. Here’s what you need to know about Donna Gates.

Antibiotics Slow Down Your Response to Infection

In 2012, researchers at the University of Pennsylvania found that mice treated with antibiotics were unable to fully fight off the flu virus.6

This is because antibiotics wipe out the healthy bacteria that naturally protect the body.

You will find these protective microbes in the gut, on the surface of the skin, along the birth canal, and in the respiratory tract. Without these healthy communities of “native” microbes, the immune system isn’t able to mount a strong attack on the flu virus. Researchers have also found that antibiotics slow down the clearance of an infection — meaning more sick days out. When you treat a viral infection with antibiotics, you cripple your immune system.

With antibiotic use, researchers have found that:

Scientists have traced the devastating ripple effects of antibiotic use in the body over time. NYU Langone Medical Center researchers discovered in 2015 that multiple courses of common antibiotics could affect a child’s development for the rest of their life — because of a disrupted gut microbiome at a young age.7 Within the same year, researchers found a three-way link between infant antibiotic use, changes in gut bacteria, and the development of adult disease.8 In 2016, University of Helsinki scientists recommended restricting early antibiotics, save for emergencies, for this very reason: A child’s gut may never recover from antibiotic overuse.9

A gut-friendly diet can help your body bounce back after a round of antibiotics. Start with the Body Ecology Antiviral Protocol first.

But if a wounded inner ecosystem gives viruses a fighting chance, then a healthy inner ecosystem should turn the tides in your favor. And it does. Researchers at the University of Helsinki in Finland reported that probiotics help fight viral respiratory tract infections (like the common cold and the flu).11

One of the best ways to get a regular dose of probiotics is through your diet.

This is because the good bacteria in probiotic foods are able to safely travel through the digestive tract until they land in your colon, where they do the most good. Studies show that probiotics are more likely to survive the harsh environment of your stomach when consumed as food — rather than as a probiotic supplement.12

Amidst all of this antibiotic confusion, there is one simple solution. Start at the source — replenish the gut with probiotic-rich foods at home. (You can find the full program for Antiviral recovery here.) When the inner ecosystem has been destroyed by antibiotics, especially in children, it is beneficial bacteria that will do a body good. The friendly bugs found in foods like cultured vegetables and milk kefir, as well as ready-made probiotic drinks, can help rebuild and restore much of the damage antibiotics have done.

Antibiotic resistance caused an estimated 23,000 deaths in 2013 and has been labeled the “next pandemic” by the Director of the CDC.

A wounded inner ecosystem caused by antibiotic overuse can leave you vulnerable to viruses. The best way to strengthen your inner ecosystem is through probiotics in the diet. Probiotic foods are recommended above probiotic supplements; research has shown that probiotic foods are more likely to survive the harsh environment of the stomach compared to a probiotic pill. You can find our full program for Antiviral recovery here.

It may not be a quick fix, but it really is that easy. Enjoying probiotics daily can help to replenish the gut with the beneficial bacteria it needs to repair much of the devastation caused by antibiotic overuse. In time, a healthy gut can lead to stronger immunity — better equipping the body to naturally resist viral infection.