The word “vape” sounds healthy and light. That’s the “clever marketing” behind its use by leading e-cigarette company JUUL Labs and other manufacturers. They want you to believe vaping, which heats liquid nicotine versus burning tobacco, is nothing like smoking cigarettes.

Teens are heavily targeted by advertising. JUUL pods, or e-liquid cartridges, also come in fun flavors like mango, creme and cucumber. Making it no wonder why middle and high school students don’t always understand the risks.

Eighteen-year-old Adam Hergenreder is one of those teens. He says that he has lungs “like a 70-year-old” from vaping. He has filed a lawsuit accusing JUUL of marketing e-cigarettes to young people.1  His claims include that the company did not disclose that their products contain dangerous chemicals.

Medical experts and U.S. regulators are now working to bust the myths around e-cigarettes for good. The Surgeon General warns that e-cigarettes are an epidemic among youth.3 The White House is preparing to ban flavored e-cigarettes except tobacco flavor.4

And the Food and Drug Administration recently sent a warning letter to JUUL for illegally marketing their product as less harmful than smoking cigarettes.5 The company is being required to correct the violation.

If you visit JUUL’s website today, the company has a prominent warning at the top of each page. It says their products contain the “addictive chemical” nicotine.

But ask yourself, how many teens are going to JUUL’s site? The reality is that they’re much more likely to come across e-cigarette ads on TV and social media6 – and even hear about it from their friends or see #JUUL trending on Twitter.

Learn more about how to help a young adult or yourself address the dangers of smoking and natural ways to heal from smoking damage.

3- Surgeon General’s Advisory on E-cigarette Use Among Youth. 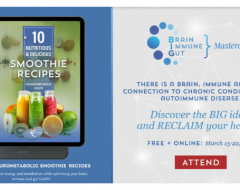