The Hepatitis B vaccine is considered standard procedure for newborns. But new research shows a link between the vaccine and Autism Spectrum Disorders. Learn more about vaccines and how they can affect your health.

Talk about an alarming health trend! A new government study released in October indicates about 1 in 100 children have autism spectrum disorders. This is a rapid rise.

Could there be a link between autism rates and childhood vaccinations?

For years, the link between vaccines and autism has been debated and contested. Some medical professionals assert that correlation isn’t the same as causation, especially for MMR shots.

But considering that current the US childhood immunization schedule calls for 28 injections with 11 different vaccines before the age of two, it’s still impossible to know – conclusively – exactly if and how childhood vaccination is associated with an increased risk for autism spectrum disorders.

Now, a new study published in the September 2009 issue of Annals of Epidemiology shows that giving Hepatitis B vaccine to newborn baby boys may triple the risk of developing an autism spectrum disorder.[iii]

With all the anxiety over the flu, the swine flu and other illnesses causing a national scare, it’s time we take a step back and thoughtfully evaluate the necessity of vaccines and their appropriateness for you and your family.

By now, you’ve probably been urged by your employer and/or your children’s school to seek flu vaccinations this year. 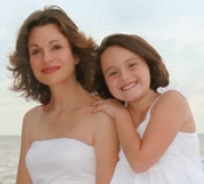 Learn more about autism and vaccines in our two upcoming online training events with Donna Gates and Dr. Leonard Smith, M.D.: (1) Unlock the Mystery of Autism – this free teleseminar is for parents who want to learn how to create a healthy foundation and apply 7 healing principles for autism prevention and recovery. (2) Powerful Natural Secrets to Boost Your Immunity and Avoid the Flu– this eye-opening training will explain the dangers of flu vaccines and how to support immunity naturally. Act now and you can attend both trainings for free!

Vaccinations, which used to be an optional, independent decision, now seem like mandatory precautions against disease.

Do we really know all the ramifications of vaccines – especially new ones like H1N1? Are you confident that giving your newborn the Hepatitis B vaccine won’t make him more susceptible to autism?

Before running to the health clinic or doctor’s office, take some time to learn the facts about vaccinations and understand both the risks and benefits.

We warmly invite you to join us as we discuss vaccinations during our upcoming online training event: Powerful Natural Secrets to Boost Your Immunity and Avoid the Flu.

In this eye-opening training, Donna Gates and Dr. Leonard Smith, M.D. have teamed up to bring you the answers on vaccines both from a medical health and natural health perspective. Here’s what you will learn:

This teleseminar is a must for anyone concerned about their health. Learn more about and register for the teleseminar (act now and get in free!): Powerful Natural Secrets to Boost Your Immunity and Avoid the Flu.