Most people know about friendly bacteria, but what about the friendly yeast Saccharomyces boulardii? This non-pathogenic yeast has a host of documented benefits, including helping to support the gastrointestinal and immune systems and inhibiting the formation of troublesome Candida albicans biofilms.

Where S. boulardii really shines is in helping to prevent Candida albicans from sticking around.

So, what is S. boulardii, and how does it work its magic?

S. boulardii is well-regarded as a beneficial microorganism effective against a number of bacteria-induced gastrointestinal diseases, including cholera.1,2

This friendly yeast has been found to: 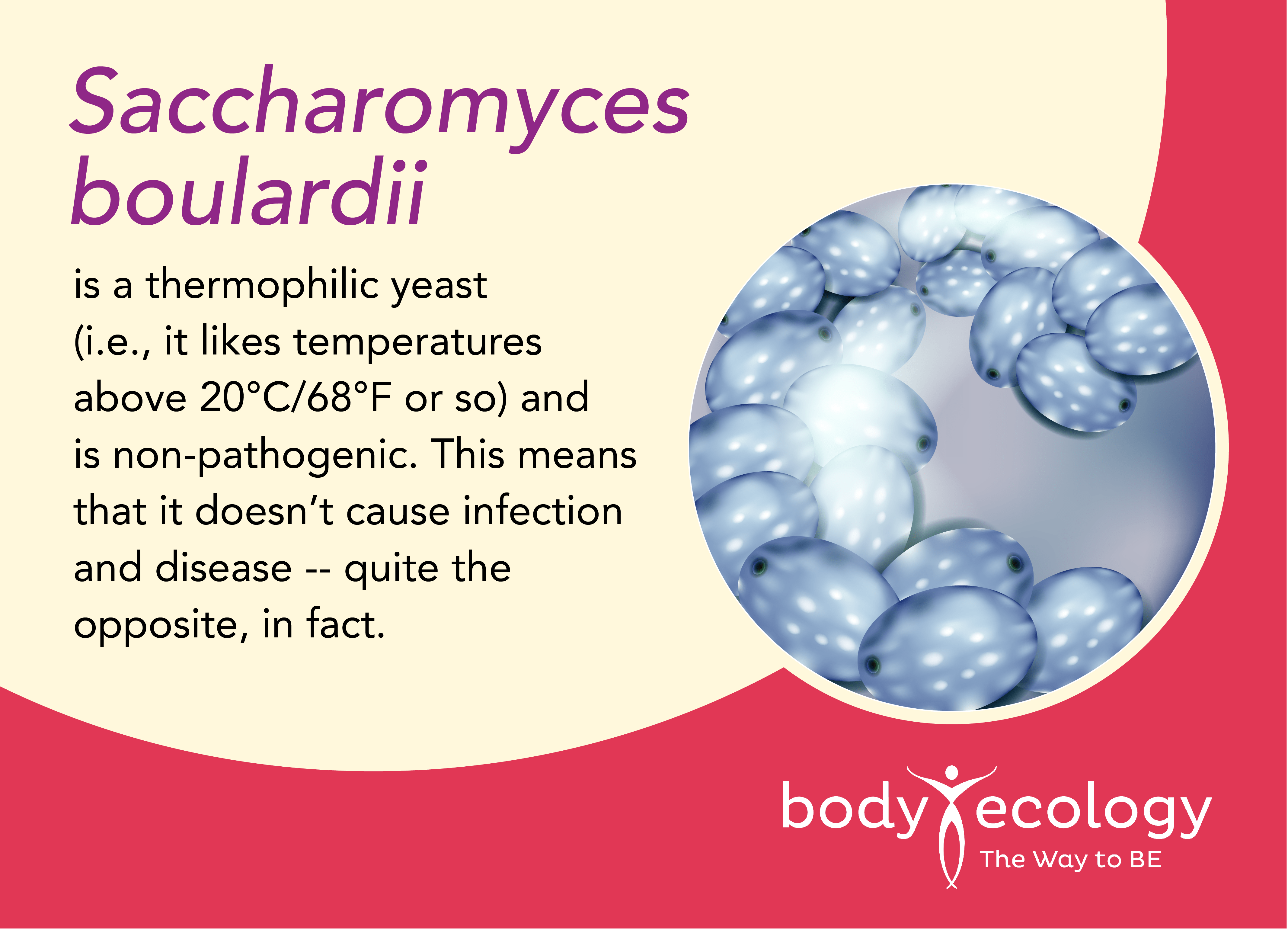 There are other ways in which S. boulardii sustains gut health, like enhancing intestinal immune function. This beneficial yeast does this by modulating levels of secretory IgA and cytokines — and the overall inflammatory immune response.5,7 It also helps to reinforce the intestinal barrier, thereby reducing the chances that pathogens get into the bloodstream through a leaky gut.1,6,7

Hey! Click here if your gut needs some TLC.

How does S. boulardii soothe diarrhea and fight candida? 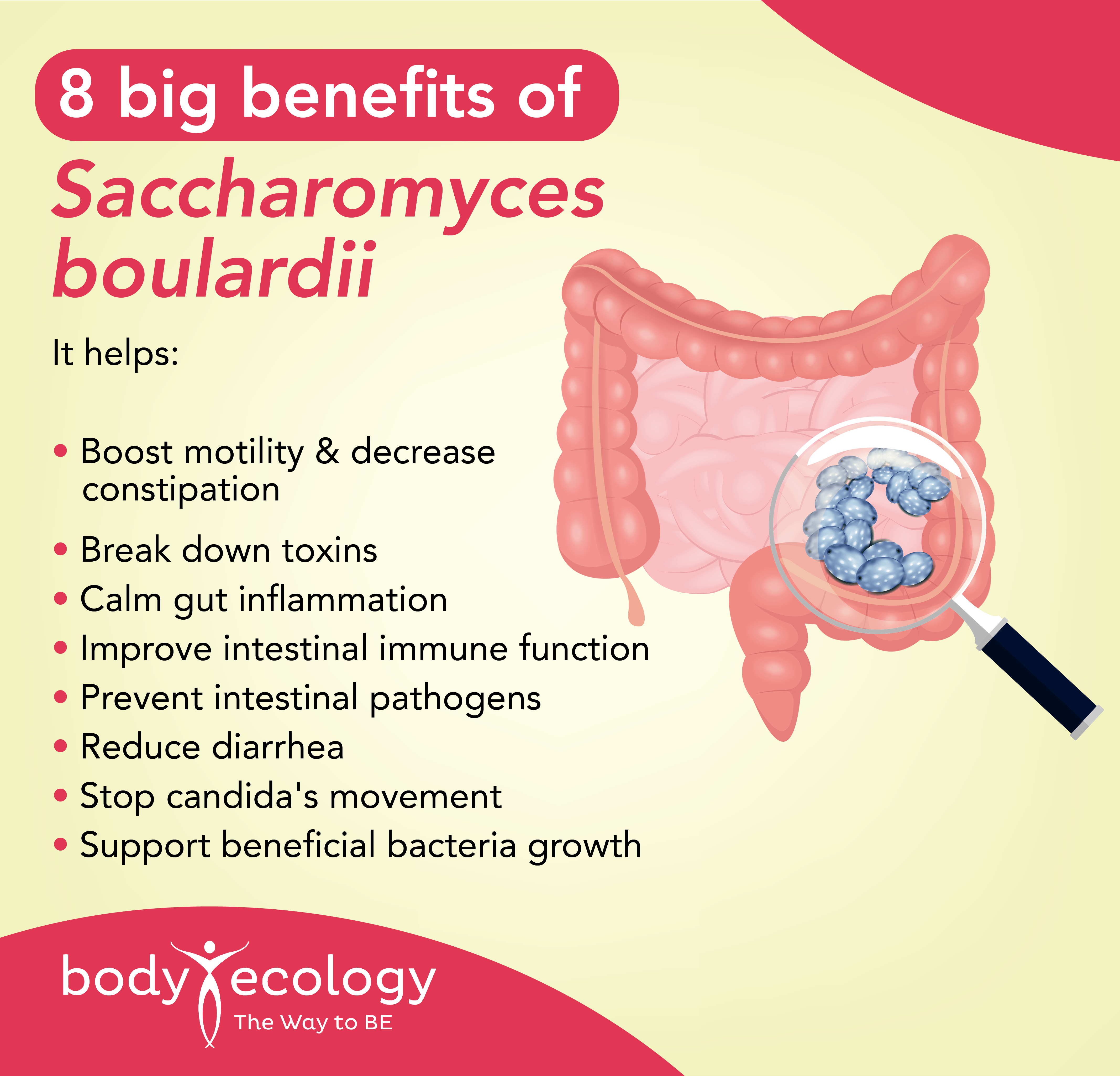 S. boulardii can promote good health by protecting against potential causes of diarrhea. This yeast acts against both Clostridium difficile and Escherichia coli, two key pathogens responsible for almost all cases of acute diarrhea.8

What’s more, S. boulardii can produce a protease enzyme that digests toxin A and B molecules produced by C. difficile, helping to prevent C. difficile-induced inflammatory diarrhea.9 Studies have found that S. boulardii helps to reduce overgrowth of E. coli and decreases diarrhea associated with antibiotic use.10

Where S. boulardii really shines is in helping to prevent Candida albicans from sticking around and creating biofilms in the body:

In one study, live S. boulardii cells had a very strong effect on the filamentation (hyphae and pseudohyphae formation) of C. albicans, meaning that the pathogenic yeast was much less able to form filaments and stick to surfaces to build biofilms.13