Kimchi — the probiotic superstar that’s a must for allergies

“Let food be thy medicine,” the saying begins. Like many quotes that have found their way into our contemporary lexicon, it’s attributed to someone who never mentioned it. In this case, Hippocrates, the Greek father of medicine. At least, that’s what researchers looking for clues in his writings have determined.

Whoever did first utter those words, though, knew what they were talking about. One prime example of just how accurate this quote is can be found in the Korean vegetable preparation kimchi.

Thousands of years before the Koreans created this spicy concoction, the Chinese were already salting and fermenting vegetables. They learned that salt and the fermentation process in general not only served as natural preservatives but also produced foods that helped heal gut ailments of the Chinese population in those days.

What are kimchi benefits, and why should allergy sufferers be eating it?

As Americans become more familiar with different ethnic foods, we’re learning that many cultures have contributed cuisine that’s not only pleasing to the palate but provides health benefits to boot. 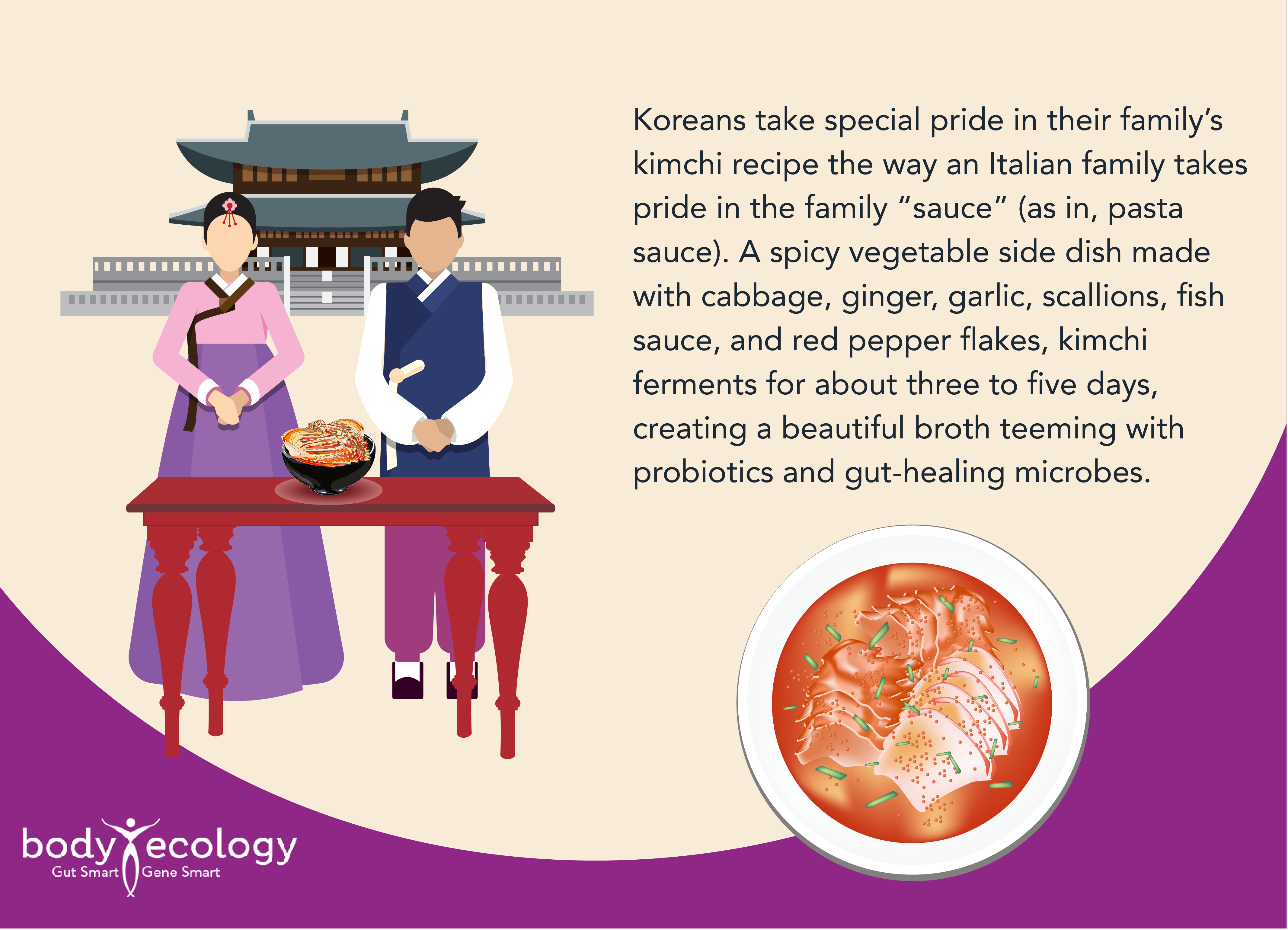 While studies have conclusively proven the effectiveness of probiotics on reducing common allergy symptoms:1

These strains were given to mice, who researchers induced to have airway-compromised allergy attacks. Mice were also given heat-killed lactic-acid-based probiotics.

What else do you need to know about this culinary health superstar? 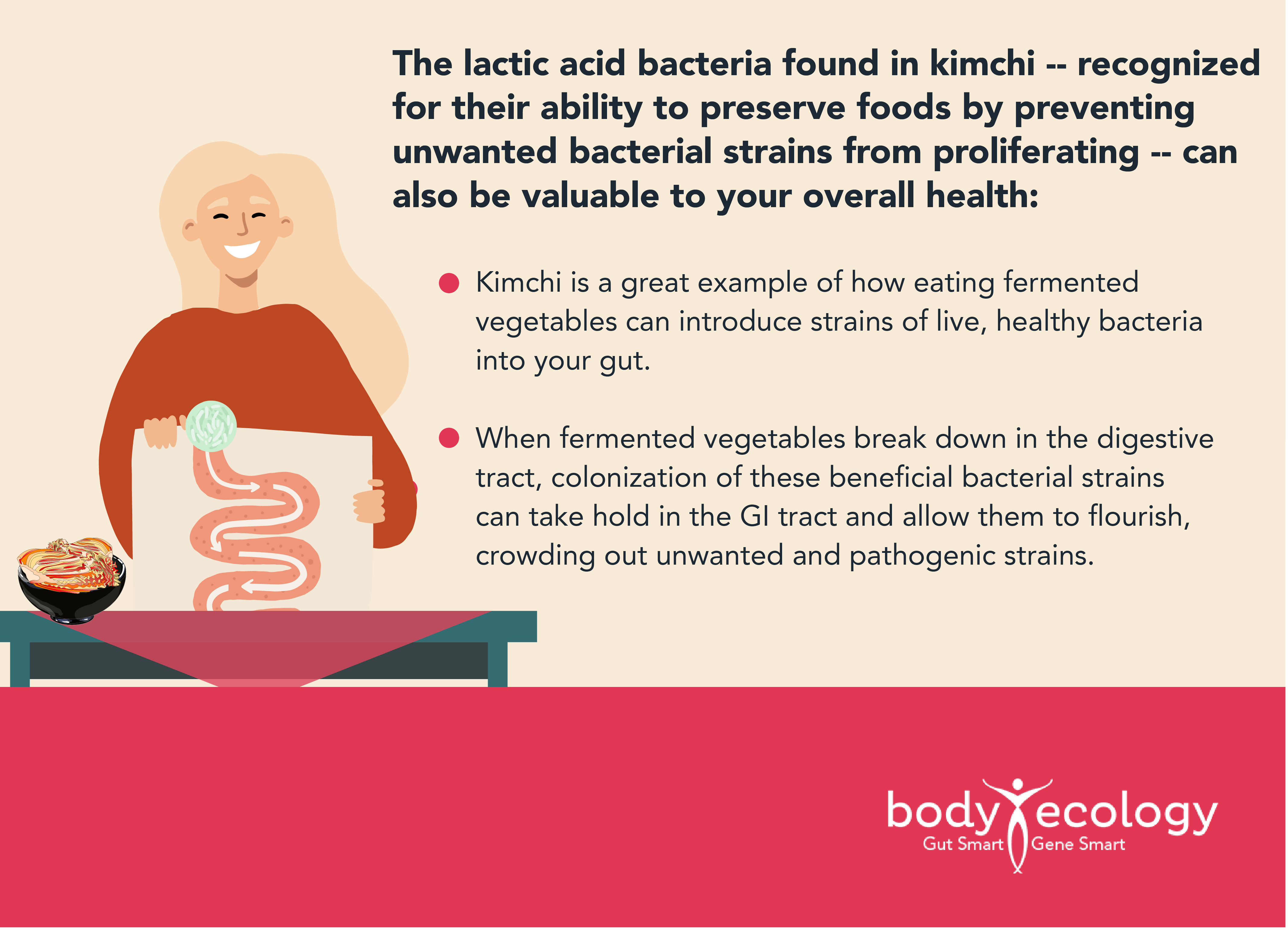 To preserve kimchi benefits, it’s best to serve after chilling, at room temperature, or slightly warm (to uphold the integrity of bacterial species). Kimchi is readily available in Asian markets around the country. But it’s always fun and probably more potent if you make your own.

There are many basic kimchi recipes with only slight variations in ingredients or process. (Try our popular recipe here.) Most recipes contain a head of napa cabbage, sea salt, garlic, ginger, fish sauce, daikon radish, scallions, and red pepper flakes.

The fish sauce we recommend is from Son Fish Sauce and is imported from Vietnam. They harvest wild anchovies from their own fishing vessels and ferment them using local sea salt for one year. Most of the products on the market are not real fish sauces and are not fermented.

To make kimchi, the cabbage is first soaked in a salty brine to kill any harmful bacteria. Then, the remaining Lactobacillus (healthy bacteria) convert natural sugars into lactic acid as part of the fermentation process. This acts as a preservative and gives the vegetables that delicious, tangy flavor. Another one of many kimchi benefits: Once prepped, it’s easy to store in airtight jars.

Fresh vegetables, as you know, must be consumed within days. But fermenting vegetables in brine can increase shelf-life for months, making them a great survival food.

The 2020 lockdowns gave many Americans time to sharpen their culinary skills. Baking sourdough bread from a starter of beneficial bacteria nearly became a cliché. Fermenting your own vegetables also emerged as a healthy hobby and is actually quite simple.

Green and red cabbage are popular. But many other veggies are fermentable, including garlic, ginger, onions, carrots, cauliflower, broccoli, kale, bell peppers, and herbs, like basil and cilantro. Add jalapenos for extra spice and even ocean vegetables, like wakame and dulse, to help increase the mineral content.

A 2020 study, appearing in Frontiers in Microbiology, analyzed Chinese pickles, highlighting how specific strains of bacteria might impact the risk of dental caries. They chose this specific food because pickles are very popular in southwest China, and a well-established fermentation process was in existence for many years, which researchers could analyze and study.

Over 50 different strains of Lactobacilli were identified from 14 different types of pickles. Lactobacillus plantarum was one of the most commonly found in the pickles and is a major contributor to the fermentation process — as it is in kimchi and our fermented vegetable recipes. When you use Body Ecology’s Veggie Culture Starter, you are increasing this important bacterium by the millions per CFUs.

After isolating this specific strain:

The study also proved that Lactobacillus was very capable of tolerating the acid and salt present in pickles. Be sure to use high-quality sea salt.

For easy recipes featuring fermented vegetables — including Body Ecology’s version of classic kimchi — and many more healthy meals, pick up a copy of The Body Ecology Living Cookbook. 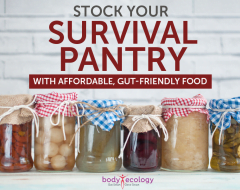