It is no secret that soft drinks are unhealthy.

As little as one cup of coffee (or 1 liter of soda) a day can lead to caffeine dependency.

This has something to do with empty calories and artificial sweetener.

However, one of the most dangerous things about soft drinks is how much people are addicted to them.

One recent study suggests such a thing as “cola dependency.”

Sacrificing Our Health to Satisfy a Craving

A case study recently published out of Denmark describes “cola dependency” and concludes that, “the contrast between the apparent prevalence of cola addiction and the lack of scientific literature on the subject is remarkable.” (1)

One poll found that 16% of 1006 respondents considered themselves to be cola addicts. (2)

Soda Addiction: Is It the Caffeine or the Sugar?

Drinking just 1 liter of soda a day could cause caffeine dependency. Even worse, soft drinks contain excessive amounts of sugar that can be highly addictive.

No one will argue that some of our most beloved beverages are caffeinated: coffee, sodas, and energy drinks—to name a few.

Caffeine is psychoactive. In moderate quantities, it can sometimes help to relieve depression and promote alertness, but it is also associated with sleep disorders, anxiety disorders, and dependency with withdrawal symptoms.  (3)

As little as one cup of coffee (or 1 liter of soda) a day can lead to caffeine dependency.

The sugar in soft drinks also contributes to the problem, as studies have found that sugar itself is highly addictive. (4)(5)

So what is really fueling soda addiction? As the researchers from Denmark pointed out, there is still too little information on the subject to say for sure. For example, a person may only get “energy” from one cola and not another—but they are both caffeinated.

However, like any other addiction, cola dependency leads to mental and physical degeneration.

In the case study from Denmark, a 40-year old mother had been on antidepressants for seven years. At one point, she was even hospitalized for suicidal thoughts. She drank up to 3 liters of soda a day, describing a particular brand of soda as giving her the “kick of energy” that she needed to get through her day. Researchers determined that her cravings were so extreme that she was in fact dependent on cola.

Once she learned that cola could affect her mental wellbeing, she decided to quit drinking it. Over a period of six months, she was able to whittle down to just under 7 ounces of cola a day.

After those six months, she was happier, full of more energy, and had more clarity. So much so, that her psychiatrist was able to reduce her medication. After a year, she was off of all medication.

Is Fructose Limiting Your Serotonin?

Sugar, or sucrose, is half glucose and half fructose.

High fructose corn syrup (HFCS) is the sweetener found in most non-diet soft drinks. Just over half of HFCS (55%) is fructose.

As it turns out, fructose sugars can break down tryptophan, a precursor to the well-known happy chemical serotonin. This means that the more fructose there is, the less happy chemicals we have floating around.

This is especially true in those who are unable to fully absorb the fructose sugar.

This happens in people who have fructose malabsorption and who are genetically programmed to be less capable of picking up fructose in the small intestine. This leaves fructose to float down to the large intestine, where gut bacteria feast on it—ultimately causing things like gas, cramping, and bloating.

If you think that tryptophan-stealing sugar is not so much of a big deal in the gut, think again. The gut is full nerve tissue (like the brain). The gut also produces close to 90% of the body’s happy chemical serotonin.

A high percentage of people who have fructose malabsorption are also depressed. (6) And limiting the sugar fructose in the diet has been found to markedly decrease depression. (7)

Sugar (which includes fructose) does other things in the body that may lead to the symptoms of depression. For example, it can irritate blood sugar balance, resulting in a “sugar crash” or low blood sugar.

And if you are fueling your day with soda, don’t be surprised if you end up with a nutrient deficiency, which can mimic depression.

One thing that few studies look at is the role that gut bacteria play in this dance between brain chemicals and sugars.

When it comes to fructose malabsorption, an overgrowth of gut bacteria can generate unpleasant things like gas, cramping, and bloating. However, these microscopic bugs also play an important role in the signaling and production of brain chemicals. (9) Even the happy ones. (10)

Even if you are lucky enough to properly absorb fructose, research tells us that the sugar in non-diet soda is enough to change the gut bacteria throughout the digestive tract, also changing how we metabolize food and potentially how much weight we carry. (8)

And while non-diet soda may lead to an uncomfortable explosion of bacteria in the colon (and contribute to depression), the artificial sweeteners in diet sodas are no kinder. As it turns out, the chemicals that mimic a sweet taste in diet soda damage the delicate balance of bacteria in our inner ecosystem.

A review by Marta Pepino at Washington University found that artificial sweeteners change our inner ecosystem by triggering an inflammatory response. (11)

Inflammation in the gut is full of problems. For example, once the gut is inflamed, it is permeable. At that point, bacteria or pieces of bacteria can leak from the digestive tract and into the bloodstream. This has been shown to increase risk for heart disease, stroke, diabetes, obesity—and chronic depression. (12) (13)

It looks like an innocent addiction to soft drinks isn’t worth the risk, whether flavored with sugar, high fructose corn syrup, or artificial sweeteners.

Introduce yourself to InnergyBiotic, as probiotic liquids can help to heal years of damage and rebalance your happy brain chemicals. If it is sweet you crave, a few drops of stevia sweetener may help soothe a sweet tooth without all the added health risks associated with excessive sugar.

Most people consider soft drinks unhealthy because they contain empty calories or artificial sweeteners. But one of the most dangerous characteristics of soft drinks that many people overlook is that they are addicting.

Both caffeine and sugar in soft drinks can lead to what is called “cola dependency” that will have harmful repercussions on your health. Non-diet soft drinks containing high fructose corn syrup, made up of 55% fructose. Fructose can break down tryptophan in the body and limit the production of the feel-good chemical serotonin. It’s no wonder that reducing fructose in the diet has been known to decrease depression.

Sugar found in non-diet soda can also change gut bacteria to impact how you metabolize food and how much you weigh. Artificial sweeteners in diet soda further impact your delicate inner ecosystem by triggering inflammation and making the gut permeable.

To reduce your sugar cravings, try a few drops of stevia sweetener to remedy a sweet tooth. Probiotic drinks like InnergyBiotic can restore health to the gut and rebalance the feel-good chemicals in your brain. 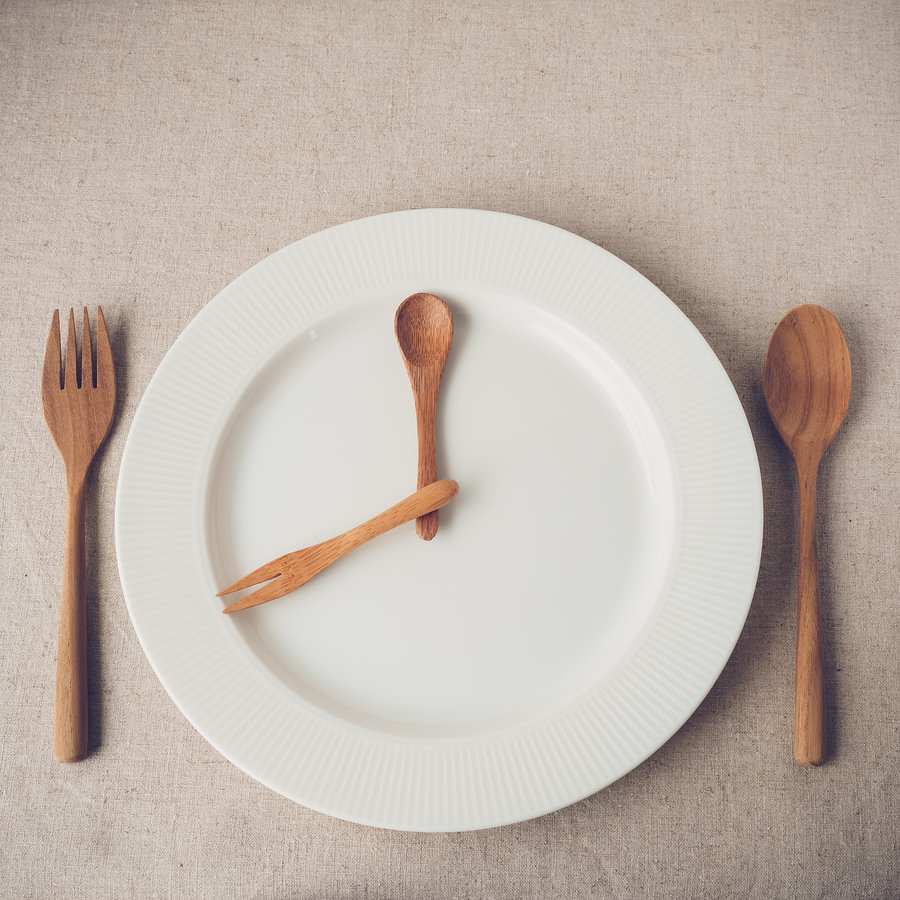 What is Intermittent Fasting?

Does eating before bed affect your sleep?