How Candida Manipulates Your Biology: 4 Ways to Fight Back!

The more we rely on antifungal drugs, the more we contribute to the spread of drug-resistant strains.

According to a report published by the United States Centers for Disease Control and Prevention (CDC), Candida is increasingly resistant to drug therapy—making it a “serious threat” to the American public, along with general antibiotic resistance. (3)

Candida Attacks When You Can’t Fight Back

The nature of Candida is that it grows when it has the opportunity. Candida overgrowth happens when we cannot fight back. 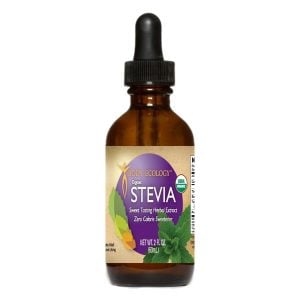 Candida feeds on sugar. Stevia is the perfect naturally sweet sugar substitute that is 300 times sweeter than sugar.

As Candida takes over large portions of the digestive tract and spreads beyond the gut wall, it gains traction.

Candida pollutes the body with its waste, burdening the liver. (4)(5) Candida can also turn “off” the immune system as it invades organs, budding inside your body’s cells. (6)(7)

In 2011, scientists watched how Candida responded to stressors like high temperatures (similar to when the body mounts a fever) and an antifungal drug called fluconazole. (8) Rather than die as expected, communities of Candida shuffled genes around and continued to grow!

Researchers found that the more stress Candida faced, the more it adapted to each stressor.

4 Ways to Fight Candida and Protect Against Candida Overgrowth

The more we rely on antifungal drugs, the more we contribute to the spread of drug-resistant strains.

Instead, you can protect your body from Candida overgrowth by following these steps:

The opportunistic yeast Candida can be naturally found in the digestive tract and on the skin. Candida overgrowth in the body is harmful and can affect every level of your health. Candida overgrowth is the fourth most common infection transmitted in hospitals. The CDC considers Candida a serious public threat as it is becoming increasingly drug-resistant.

Candida thrives under pressure. Candida adapts well to stress and can even change its environment. New strains of Candida are becoming more common and may be unaffected by antifungal drugs.