Do You Eat Out Often? How To Use Phages To Prevent An E. Coli Infection 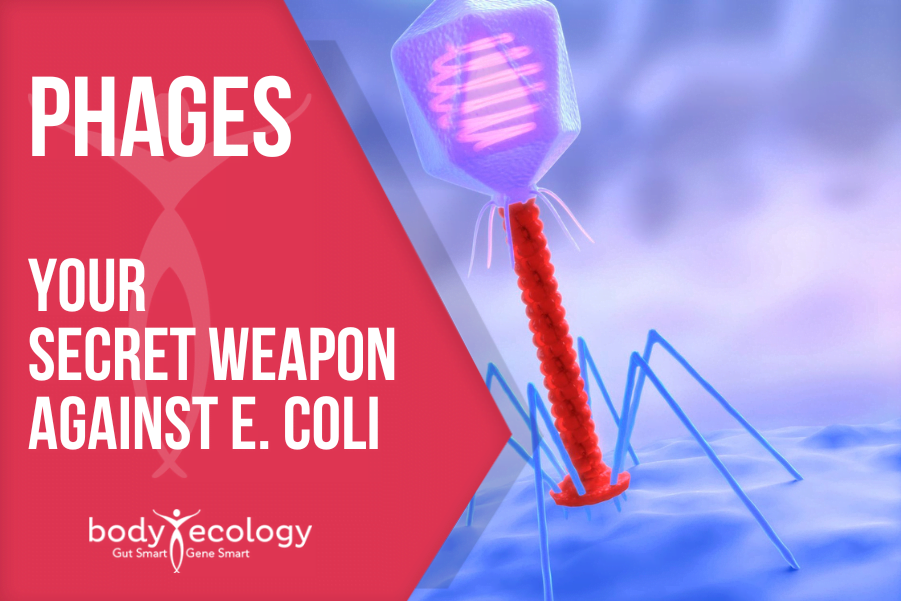 Just as we were writing about parasites last week, the media began reporting on an incident with romaine lettuce at Wendy’s restaurants being associated with the latest E. coli outbreak. While you may only think of E. coli as a bacteria, it is also considered a parasite — as are all bacteria, viruses, and yeasts. Since by definition, a parasite is “an organism that lives in or on an organism of another species (its host) and benefits by deriving nutrients at the other’s expense.”

What many people don’t know is that E. coli bacteria and other parasites may actually be prevented if you have a hardy microbiome in your intestines.

In addition to adding cultured vegetables and probiotic liquids to your diet, the secret weapon against all of these bacteria and parasites are certain bacteriophages, like those in Body Ecology’s EcoPhage.

What’s a phage? Bacteriophages, or phages, are viruses that infect bacteria and (typically) destroy them. (The word bacteriophage literally means “bacteria eater.”) Like other viruses, phages are made up of a nucleic acid — aka DNA or RNA — surrounded by protein. Bacteriophages can be good or bad — just like bacteria can be. The beneficial bacteriophages selectively target specific, harmful bacteria (like E. coli) while leaving beneficial microbes to flourish.

What You Need To Know About E. Coli

E. coli lives in our intestines and the intestines of animals, and most of the time, it’s harmless. E. coli 0151:H7 is the strain that usually causes what we consider ‘food poisoning.’ This strain works by producing a destructive toxin, called Shiga, that rapidly multiplies and damages the lining of the small intestines. This damage to the intestines is what causes the digestive symptoms associated with an E. coli infection.

Signs of an E. coli infection include nausea, vomiting, abdominal pain, cramps, fever, and fatigue. Bloody diarrhea is a sign of a more serious infection. Most people recover in 5-10 days, but some people become very ill and are hospitalized. In serious cases, E. coli can cause organ failure and death. A stool sample is the only way to positively confirm an E. coli infection, so many people will go undiagnosed, having managed the symptoms at home and not seeking medical treatment.

E. coli is most often found in undercooked ground meat, vegetables, soft cheeses, and unpasteurized milk and juices. It is caused by human or animal waste coming in contact with crops or prepared foods.

The media likes to say that children and adults with weak immune systems are considered the most vulnerable. But anyone is susceptible if they do not have a hardy microbiome in their intestines.

How The Bacteriophages In EcoPhage Work

Containing a high-quality combination of four of the most well-researched phages, bacteriophages like EcoPhage selectively target specific, harmful bacteria while leaving beneficial microbes to flourish. Phages are also showing promise as an effective treatment for removing biofilms. Bacteria, yeast, and viruses live inside biofilms and are very difficult to treat.

Pioneered in Europe before the advent of antibiotics, phages are one of the most relevant tools to treat bad bacteria since the good bacteria in your gut naturally limit the growth of other harmful bacteria. Phages act quickly and are effective against antibiotic-sensitive and antibiotic-resistant bacteria.

Research shows that the genome of the bacteriophage, T4, for example, has the genes to kill pathogenic E. coli. Body Ecology’s EcoPhage has a cocktail of four different phages.

Phages work by traveling to the intestines and recognizing and attacking any pathogenic bacteria living there. Attaching itself to the cell wall of the bad bacteria, it punches a hole in its outer membrane and injects its own DNA into the bacteria.

The phage virus comes alive at that point, utilizes some of the nutrients inside the pathogenic bacteria, and starts growing trillions of copies of itself. So many copies are reproduced that the bacterial cells swell up and explode, spilling trillions of new phage viruses out into the bloodstream to attack more invaders and destroy them too. The battle can be over quickly.

Interestingly once the cell explodes, its useful nutrients are immediately gobbled up by other microbes — effectively, these nutrients become prebiotics. As the phages kill the bad bacteria, they leave more room in the environment for the good bacteria to remain and colonize — even encouraging the growth of the most important bacteria like Bifidus, Lactobacillus, and Bacillus.

And, there are also no known side effects or cross-reactions with other medications when using phages.

An Easy Plan To Protect Yourself From E. Coli

When you travel or eat out, you’re constantly exposed to pathogens. Even foods you cook at home can be contaminated with E. coli, so it’s important that you thoroughly wash your vegetables and cook meat to a safe temperature.

In addition to avoiding exposure, one of the best ways to protect yourself from harmful pathogens is to create a hardy inner ecosystem full of beneficial bacteria by eating fermented vegetables and drinking probiotic liquids. Adding specific phages to kill bad bacteria is the “cherry on top” that will be your secret weapon against E. coli.

Here are some quick tips to protect yourself against E. coli and other parasites when traveling and eating out:

– If you do eat out, go home and have a couple of spoonfuls of cultured vegetables and a few ounces of CocoBiotic (or your other favorite probiotic liquid flavor).

– Start taking EcoPhage 4-5 days before traveling. Take the bottle with you and continue taking 1-2 capsules daily.

– Also when traveling, take a bottle of unopened probiotic liquid with you. Wrap it in a towel and store it in your checked luggage.

For those who want to protect their digestive system from foodborne bacteria and even harmful pathogens, century-old bacteriophages are now coming to the forefront as a powerful product to help prevent the harmful effects of bacteria overgrowth, like E. coli. 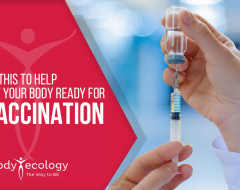 If you choose to vaccinate: BE prepared (and not just for a COVID vaccine) 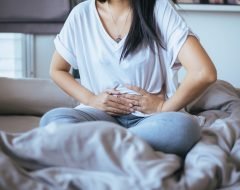 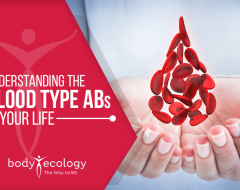