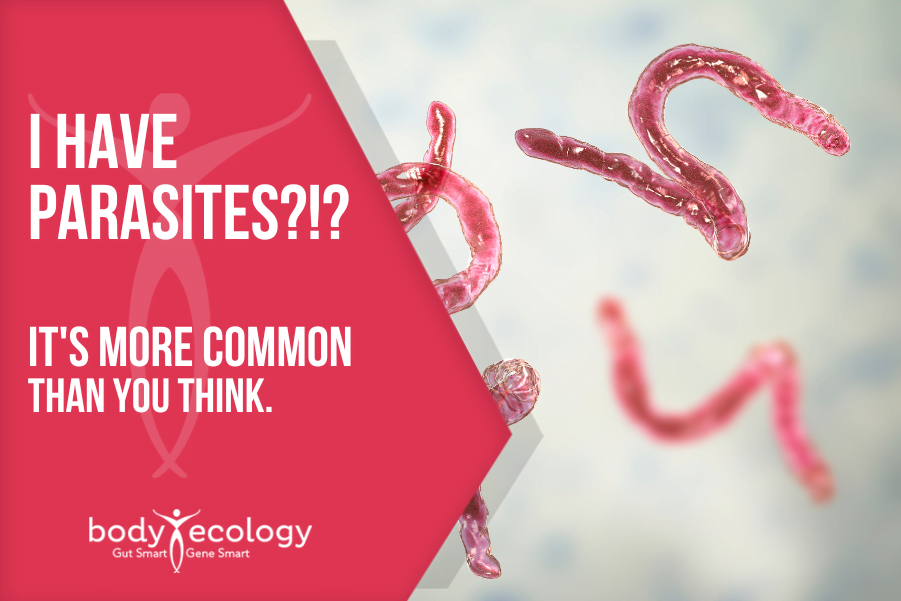 “Have fun in Mexico! …but don’t drink the water!” For most Americans, this warning comes to mind when they think of parasites…microbes in the water in a foreign country that our systems are not “used to,” and that can make us sick. At least that has been the urban legend.

Parasites are organisms that find their way inside a host’s body and take up residence there, diverting nutrients and energy that can sometimes leave the host with nutritional deficiencies and/or impaired organ and tissue function. Humans can absolutely act as hosts.

Unlike beneficial bacteria that have a symbiotic relationship in our bodies, parasites can adhere to the walls of our gut creating digestive disorders  and/or other health problems, systemically, in the body.

Parasites In Our Bodies

The truth is, most Americans are exposed to parasites in our daily lives and most of us do have parasites in our bodies (tiny worms and not so tiny worms, liver flukes, and other species.) Though we can’t necessarily see or feel them.

We are exposed to parasites through our pets, some of what we eat and drink, travel to foreign countries, swimming in lakes or streams, and they can even enter our bodies through our feet if we walk outside barefoot, often finding a point of entry in a small cut or scrape on our foot. It has nothing to do with personal hygiene, and almost no one is immune.

Parasites are much more common in developed countries than most people realize. For example, it’s estimated that more than 12% of Americans carry Toxoplasma gondii, a microscopic parasite one can acquire from cat feces. If left untreated, Toxoplasma gondii can potentially lead to mental illness if the parasite is able to make its way to the brain.

The latest figures from the US CDC indicate that parasitic infections afflict millions of Americans -and they can exist in your body for years.

Parasites like pinworms, round worms, strongyloides and others, can harbor viruses, mold and mycotoxins, candida albicans, pathogenic bacteria, etc., inside their bodies. With pathogenic organisms inside the parasites, when the parasite dies, their waste materials like ammonia, other toxins, and pathogens can be released into our bodies. Their eggs may also be released (creating renewed infections), and when the parasite dies, its body also dies inside us.

In her book, This is Your Brain on Parasites, a reviewer describes author Kathleen McAuliffe’s work… ”From start to finish, [McAuliffe] spins a consistently engrossing tale of invasive creatures that can alter your behavior and outlook, depress your cognitive functioning, and even make you more violent or sexually aggressive.”

This is what some parasites, living inside us, are capable of.

Parasites don’t intend to kill their host (because then there is no host for them to feed on.) They are intent on extracting nutrients and resources from our bodies to sustain them throughout their lifecycle -and they can become nearly imperceptible to our immune system.

The medical journal, Nature, arguably the most prestigious journal in medicine, recently had this to say about parasites in a brief article dated February 26, 2021:  “Intestinal worms throw open the door to dangerous viruses: With its effect on the gut lining, a parasite aids another infectious agent… West Nile virus, for example, can invade the central nervous system more easily in the presence of parasitic worms. Parasitic worms residing in the gut can make viral infections more deadly.”

In recent years, healthcare practitioners have begun to take even more notice of the damage parasitic infections can do to our bodies and the risk they can put us at risk for contracting other, more serious diseases.

As medical science discovers more about the dangers of parasites and the infections they harbor, parasite cleansing has become increasingly common in the U.S.

If they suspect a parasitic infection, your doctor may order a stool test to detect the presence of parasites but unfortunately, there are thousands of species of parasites, and most stool tests look for less than 25 species. False negatives are very common.

Furthermore, if the stool sample collected is a small quantity (and they usually are), it’s very unlikely that a parasite, worm segment, or ova (larvae) may not be captured in that one, small, sample. Your small intestine is about 22 feet long and the colon 5 feet.

Working with a gut health expert can really make the difference in eradicating parasites but they are few and far between. Fortunately, an effective parasite cleanse is something people can do safely at home as long as they have the right protocol and anti-parasitic supplements. Although it should be noted that ridding the body of parasites entirely, is unlikely. But reducing their number is definitely possible and a worthy endeavor.

With new “insults” bombarding our bodies every day, an annual, seasonal or quarterly parasite cleanse can help manage any new parasites introduced into our bodies without our knowledge.

Those who are not currently experiencing health challenges may also elect to conduct a parasite cleanse in pursuit of optimal long-term health.

What are the symptoms of parasitic infection and what should be done to expel them from your body?

With so many different types of parasites, symptoms can vary. Tapeworms, for example, cause very different symptoms than roundworms or hookworms.

Digestive system issues are a good indication that you might have parasites. Unexplained bloating, constipation, diarrhea, or gas are common symptoms. Parasites can collect in the GI tract and/or clog the bile ducts.

Parasites like liver flukes (and other species) can often be found in the liver. The body has multiple bile ducts that collect in two main channels through which bile flows: the right hepatic duct and the left hepatic duct. Bile is made in the liver and flows through the hepatic ducts and also through the cystic duct to the gallbladder, where it is partially stored and with the remainder used by other organs.

Parasites can cluster around the bile ducts, clogging them, and preventing the natural flow of bile—interfering with the normal process of digestion. Keeping your bile ducts open with herbs, like the ones in LivAmend™, that increase bile flow is important.

Can Parasites Be Prevented?

Parasites are usually invisible to the eye and often come into our body as eggs and larvae, especially on raw foods, undercooked meats and raw fish. Our stomach is designed to produce hydrochloric acid to kill parasites at a pH of 1 to 2. Hydrochloric acid is simply chloride plus hydrogen that is secreted by the mucosal lining at the top of our stomach. However, it is often literally missing in many especially as we age. Even young children may be low in stomach acid. Taking a digestive enzyme, like Assist for Protein and Dairy™ not only digests protein but also kills parasites. Pancreatic enzymes found in Assist SI, continue to digest the eggs, larvae and parasites since they are proteins. So, having an abundant of digestive enzymes working in the stomach and small intestine is a must!

But Nature continues to protect us in another important way as well. Ideally our colon should have an abundant diversity of beneficial microbes that are always on the lookout for foreign intruders. Eating fermented vegetables and drinking a few ounces of a Body Ecology Probiotic Liquid™ with your meal is further protection.

Stay tuned for our next post to learn more about the symptoms of a parasitic infection and how to do a parasite cleanse. 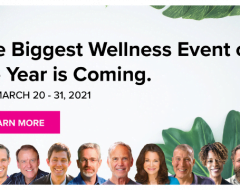 One of the biggest wellness events of the year 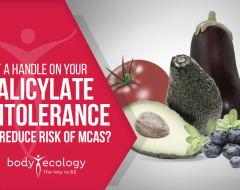