Content reviewed by Donna Gates
Written by Body Ecology on May 18th, 2022

Are you one of the many millions who are now avoiding wheat? With all the attention on celiac disease and gluten intolerance, that’s understandable. And if you’re struggling with digestive disturbances, like gas and bloating after eating wheat-based products, then it must be from the gluten, right?

It might not be gluten at all…it may be the fructans found in wheat.

For some people, following a low FODMAP diet (avoiding fructans) and reintroducing gluten does not trigger digestive symptoms that were previously attributed to the gluten.

Today’s Wheat Is Made In A Lab — Not In Nature

It should come as no surprise that the wheat grown and consumed today is nothing like the wheat our ancient ancestors harvested.

As with many modern large agricultural crops, the goal with wheat was to produce a cheap, high-yield, disease-resistant product. In his original book, Wheat Belly, renowned cardiologist, Dr. William Davis described how agricultural scientists and farmers altered the 5-foot tall wheat plant into an 18-inch tall, thick stalked, large seeded crop. They wanted to enable farmers to harvest more bushels per acre than traditional strains, which would help feed the hungry in starvation-plagued underdeveloped countries.

The process required thousands of genetic experiments performed in labs.

While the final genetically altered wheat did indeed produce a high-yield crop, it came with a cost to our health that wouldn’t be discovered for years to come.

The problem with today’s wheat is that it has been stripped of many of its nutrients and the protein has been altered to produce more food with less wheat.¹ In addition to creating a less nutritious form of wheat, the process of genetically modifying the crop may have had the unintended consequence of creating a large population of people with non-celiac gluten sensitivity (NCGS), and other digestive conditions thought to be triggered by eating wheat.

This has led to the boom of a huge food industry for gluten-free (GFP) products that was valued at $5.9 billion as of 2021.² Many people now hold the popular misconception that a gluten-free diet is part of a healthy lifestyle. While this may be the case for people diagnosed with true celiac disease and NCGS, many of us may be unnecessarily following a strict gluten-free diet, when gluten is not the problem.

It could be the fructan in wheat and wheat products, not the gluten, that is causing the gas, belching, bloating, diarrhea and constipation.

Fructans —not to be confused with fructose—are short chains of sugars that can’t be digested by humans. Lacking the enzymes to digest them in the small intestine, they reach the large intestine where bacteria ferment them, causing gas and bloating. Wheat and wheat flour products contain fructan. But not all grains that contain gluten are high in fructans. Safer options can be oats, corn (maize), and cassava (tapioca), which are low in fructan.

A Low FODMAP Diet May Help You Identify Wheat Sensitivity

Several studies followed people with self-reported non-celiac gluten sensitivity (NCGS) whose symptoms improved on a gluten-free diet and then reappeared when gluten was reintroduced. The theory is that it isn’t the gluten itself, but a possible sensitivity to the fructan in the wheat.³,⁴,⁵

Fructan is a FODMAP, which is an acronym  for fermentable, oligo-, di-, monosaccharides, and polyols. Fructans fall into the oligosaccharides group. People with IBS, SIBO, and SIFO often find relief from their gas and bloating when they avoid them.

Fructose: A simple sugar naturally found in many vegetables and fruits, as well as part of the structure of table sugar

Fructans: Found in many foods, with the highest amounts in wheat and onions. Other foods high in fructan include asparagus, legumes like lentils and chickpeas, and beans

It’s important to note that wheat contains fructan, which is on the avoid list, but gluten is not a FODMAP.

The studies revealed that after following a low FODMAP diet and reintroducing another glutinous grain low in fructan, many patients who thought they were sensitive to gluten — didn’t react to it at all. In these cases, the patients’ self-reported NCGS was more likely a sensitivity to one or all of these FODMAPs .³,⁴,⁵ Specifically, the fructan in wheat, which could explain why consuming wheat products could trigger digestive symptoms similar to gluten-related celiac disease.

If you are currently on a gluten-free diet and curious if gluten, or fructan, is the real culprit behind your gut problems, you can do this test at home. Follow a low FODMAP diet for 10 days, then reintroduce gluten — but not  wheat. Choose another food that contains gluten—but don’t choose modern wheat. A fermented sourdough spelt bread might be a good choice. Spelt is lower in fructans than modern wheat and when fermented it has much less. In fact, the Monash University recommends two brands of sourdough spelt bread. Berlin Natural Bakery, available on Amazon and some Whole Foods Markets, and Inéwa organic sourdough 100% spelt bread from Lá boulangerie bakery in Canada.

Next, experiment by introducing other foods high in fructan to see if symptoms reappear. Only introduce one food at a time, every 3 days, to give your body time to recover. Keep a journal and carefully track your symptoms as you reintroduce each food.

Keep in mind that a low FODMAP diet is incredibly restrictive and should not be followed for an extended period of time. It is primarily an elimination diet to identify which high FODMAP foods you react to, so that you can remove those long-term while still enjoying a wide variety of nutritious and beneficial foods.

A low FODMAP diet restricts many of the healthy foods that feed gut bacteria, and it may change the microbiota of the gut. While digestive symptoms may improve on a low FODMAP diet, without adding probiotic-rich fermented foods like cultured vegetables and kefir in the diet, the inner ecosystem will remain wounded.

Body Ecology recommends following these four guidelines when on a low FODMAP diet:

You Have A Wheat Sensitivity – Now What?

If the FODMAP elimination diet identifies wheat or other high fructan foods as triggers for your digestive distress, the good news is that you’ll know to avoid high fructan grains—like wheat, barley, and rye and other fruits and vegetables also high in fructans. There are numerous lists on the internet that will identify high, medium and low fructans.

As The Body Ecology system of health and healing is all about a healthy gut, we strongly recommend:

1) A gluten-free diet. Modern wheat causes inflammation in your gut causing it to be “leaky” and permeable.

2) In stage 2 of the Body Ecology system—after your yeast infection and gut problem are under control—slowly introduce the gluten-free and fructan-free grains and grain-like seeds, such as millet, quinoa, buckwheat, and amaranth. It’s important to note that these grain-like seeds are high in oxalates, and should be prepared properly to lower the oxalates.

3) Avoid or cut down on flour products—even those that are gluten-free—but especially avoid cookies, cakes, pancake mixes and other products made with almond flour. Almond flour foods are very high in oxalates.

Most important to remember:

If you’ve been reacting to wheat products with gas bloating, diarrhea or constipation then, of course, eliminate all wheat and wheat flour products. But after you have resolved your digestive problems, it’s important to feed the microbes in your gut and add in properly prepared whole grains, that are also low fructan options. Today’s modern wheat is genetically altered and is not the wheat our ancestors ate. Even the ancient wheat (Emmer and Einkorn) have fructans. And flour products are not ideal if your goal is a healthy gut. 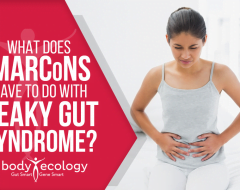 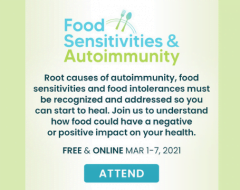