The CDC on Candida: A “Serious Threat”

According to a report published this September by the CDC, Candida albicans is one microbe out of 15 that is increasingly resistant to drug therapy.

We all harbor large or small colonies of Candida.

As it turns out, Candida is as much of a concern as MRSA (Methicillin-resistant Staphylococcus aureus), which is one of the most common infections acquired in a hospital setting. Candida, MRSA, and a handful of other microbes are—as the CDC puts it—a “serious threat” to the American public. (1) 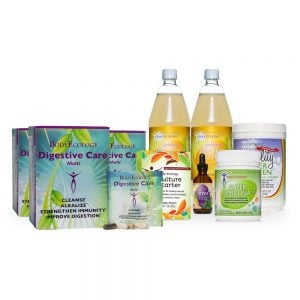 Rebuild your inner ecosystem to keep Candida in check: The Body Ecology Core Program is designed to cleanse toxins and pathogens like Candida, rebuild the gut lining, restore healthy digestion, and replenish friendly communities of bacteria and yeast.

Those who survive often have a longer stay at the hospital—the average stay ranging anywhere between three and 13 days.

The CDC also emphasizes that these numbers are a modest estimate since they only account for infections observed in a hospital setting. This means that the number of people affected by Candida and drug-resistant strains of Candida is higher than reported.

The CDC estimates that Candida infections add millions of dollars in excess costs to U.S. healthcare expenditures each year. Dr. Tom Frieden, the CDC’s director, explains that, “If we are not careful, we will soon be in a post-antibiotic era… And for some patients and for some microbes, we are already there.”

This report marks the first time that the CDC has released concrete numbers that describe the incidence, deaths, and cost of all the major drug-resistant microbes—including Candida albicans.

Candida Is a Serious Threat

Candida is not some foreign microbe that only the unlucky acquire. Candida is a fungus that is native to the human body. In other words, Candida yeast is normally found in the digestive tract, on the skin, or along other mucosal surfaces—like the birth canal.

And this is where it gets dangerous. We all harbor large or small colonies of Candida. And under the right conditions, we are all susceptible to Candida overgrowth.

Major factors that contribute to Candida overgrowth include:

When Candida has the opportunity to take over large portions of the digestive tract or to spread beyond the gut wall, it becomes pathogenic.

Candida pollutes the body with its waste, increasing the burden placed on your liver. (2)(3) Candida also turns “off” the immune system as it invades organ tissue, actually budding inside of your body’s cells. (4)(5)

Candida overgrowth can contribute to a long list of symptoms, such as:

The CDC states in the report that, “Candida is the 4th most common cause of healthcare-associated bloodstream infections in the United States. In some hospitals, it is the most common cause.”

Why Drug-Resistance Is a Problem

At the right time, antibiotic and antifungal therapy can save a life, but used too often or carelessly, these medications can devastate the inner ecosystem, making the body more vulnerable to disease.

Some microbes are already completely resistant to drug therapy.

Candida is increasingly resistant to first-line and second-line antifungals. More and more, researchers find Candida to be resistant to a class of drugs called azoles and another class of antifungals called echinocandins.

4 Steps to Balance Your Inner Ecosystem

As the CDC explains, “Prevention strategies for Candidemia are not well defined. Most infections are thought to be caused by Candida that the patient carries on his or her own body.”

The Body Ecology Diet is sugar-free, gluten-free, and casein-free.

The Core Program was designed by Donna for this purpose to restore your inner ecosystem in 4 steps:

The CDC calls Candida a “serious threat” to the public because of its increasing resistance to drug therapy. Like MRSA, Candida is a commonly acquired hospital infection that can lead to an extended hospital stay and even death, in some cases.

It’s important to understand that Candida is a native fungus to the human body. It can be found in the digestive tract, on the skin, and in the birth canal. Candida overgrowth can be triggered by a gluten-rich, high-sugar diet, stress, antibiotic use, or bacterial overgrowth in the gut. Candida can quickly spread and become pathogenic to cause numerous symptoms, including headaches, acne, ear infections, bad breath, and much more.

Candida has progressively grown drug-resistant, making it even more essential to support your inner ecosystem. The Body Ecology Diet is designed for this purpose to control Candida overgrowth and preserve your health.

Fermented vegetables and probiotic beverages found in the Core Program will fight Candida in 4 steps: