What breaks down proteins, essentially causing genetic damage, and how can we repair it, and prevent it from happening?

Proteins help genes do their job of creating proteins in an endless cycle of creation and control that is essential to life.  When this cycle breaks down genetic damage  can be the result.

We often hear about DNA, the double-helix made up of nucleic-acid that makes life as we know it possible. We hear about how damage to DNA can cause disease1 and cause our cells—the most basic unit of life—to die.2 We know how important DNA is, about how it makes up our genetic code and how critical it is to keep that genetic code healthy and safe. But what is our DNA actually doing for us?

Basically, the sole purpose of our DNA, with extremely rare exception,3 is to create proteins. Proteins are large, complex molecules that are the real workers of our cells; they help give our cells structure, serve as transport molecules, work as antibodies to fight infection, and facilitate important biochemical reactions.4.Without proteins, we wouldn’t have much control over how our cells function and respond to the world around us, and this control is essential to survival.

Discover how Nutritional Genomics can help you eat the exact way your genes want you to.  Help prevent damage and oxidative stress to your genes!

The incredible process of genes and proteins

Think of our cells as an automated factory. Our DNA is a blueprint library, where all the information for all the different products we need to make is safely stored. A computer decides—from various inputs and signals—which product needs to be made, and it selects and unravels the correct blueprint for the situation. Instead of risking the original copy of a blueprint out on the factory floor, another machine copies it word for word, line for line, with remarkable accuracy.

The resulting transcript is sent out from the blueprint room to the factory floor. There, the transcript is placed into a machine that reads it and assembles the desired product. In our cells, the transcript is called messenger RNA, the assembly machine is called a ribosome, and the many different possible products are proteins.

It gets a bit more complicated than just that, however. That’s because at each step of this production line, changes can be made to the information retrieved from the blueprint library. One product can be chosen for production along with, instead of, or in greater or lesser abundance than another; this reflects how our cells choose when to express different genes—when to turn DNA into protein or not.

There are countless ways for the cell to control what product is produced despite using the same original blueprint.

This cellular factory can even change the accuracy with which the assembly machine reads the transcript8 and make modifications to the products after they’ve been made.9 There are countless ways for the cell to control what product is produced despite using the same original blueprint.

In humans, these mechanisms greatly increase our control over how our genome is expressed. They increase the number of protein variations we can produce from approximately 20,000 that are encoded directly in our DNA to multiple millions of forms.10

The essential role of proteins in helping genes create other proteins

Many of the products this automated factory produces are for running the factory itself. That computer from before, the one that decides which blueprint to turn into a product, is made up of parts produced by its own factory. All of the components involved in altering and controlling the blueprints in transit and even the assembly machines themselves are made in-house. These factory machines work in tandem to build new versions of themselves, with countless variations, by using and manipulating the information retrieved from the blueprint library.

Genes and proteins exist on a two-way road, not a one-way street—proteins help genes to create proteins in an endless cycle of creation and control that is essential to life.

Our cells do this. Proteins control cell structure, cellular component transport, and chemical reactions all throughout the cell, including those parts involved in this production process. They help control which genes are turned into proteins and how those genes are altered during production.11 Moreover, when DNA is damaged, proteins are what rush to the scene to repair our genetic code.12 Genes and proteins exist on a two-way road, not a one-way street—proteins help genes to create proteins in an endless cycle of creation and control that is essential to life.

Nutrition has a major effect on your genes.  Nutritional Genomics opens up a whole new world when it comes to learning exactly what our body wants to eat.  Learn more!

Why your proteome is vulnerable to deterioration

The issue with cycles is that they can turn into spirals. Since our DNA is so important in maintaining our proteins, certain damage to our genome can impair parts of our protein population (known, like genome is to genes, as the proteome). If that specific part of our proteome is essential in DNA regulation—for example, in repairing damage to DNA—the two-way road of DNA-protein interdependence can turn into an uncontrolled tailspin towards the development of disease1 and cell death.2

Likewise, something that damages our DNA-repair-proteins directly may make our genome more vulnerable to damage. Damage to any other set of proteins, at the very least, reduces the genome’s control over that protein’s area of function—if the final product our genome is trying to make isn’t working, that aspect of our genome is temporarily useless. This damage to proteins can also lead to any number of biological errors that further reduce the health of our cells. The result is a downward spiral.

The role of oxidative damage and what causes it

Oxidative damage is a perfect example of a wrench thrown into the cog of our genome-to-proteome assembly line.

Unfortunately, there are many ways for damage to DNA and proteins to occur, sometimes both types of molecules are damaged at once. One of the most important sources of damage in the fields of biomedicine and human health is oxidative stress, which is often just called oxidative damage. Oxidative damage occurs when reactive molecules known as reactive oxygen species (ROS) accumulate past our cells’ capacity to control them13 and begin to damage vital cell components including proteins and DNA.14–17

While ROS are a normal part of our biology, in high enough abundance they can lead to cell death18, and there are many different ways that ROS-associated oxidative damage can be brought on, ranging from our own immune responses to exercise.8,14,19–26

Oxidative damage is a perfect example of a wrench thrown into the cog of our genome-to-proteome assembly line. Naturally, our bodies have defense mechanisms at the ready. To understand these defenses and how to boost them, it is critical to understand that proteins are three-dimensional molecules that must fold into their correct shape in order to function properly.27

When a protein is attacked by ROS, it undergoes chemical changes that can disrupt the stability of its structure and cause it to unfold, losing its function28. This is why, in response to oxidative stress, our body not only produces antioxidant molecules to lower ROS levels directly, but also mobilizes a response to help proteins refold24,29,30 so that our cells regain their health and production efficiency.

It is here that Eng3’s NanoVi™ device steps into the mix.  A self-healing device that Donna Gates personally uses at home, the NanoVi uses specific wavelengths of electromagnetic energy to enhance the formation of something called ordered or exclusion-zone (EZ) water throughout the body. Ordered water possesses a structural quality that has been observed to greatly increase protein stability and the rate of protein folding.31

This increase in protein folding efficiency leads to more efficient cellular production in general and specifically applies to our example of oxidative stress causing damage to proteins and DNA.

By bringing a naturally-driven yet powerful ability to increase the health and efficiency of our proteome, NanoVi promotes the well-being of the entire genome-to-proteome production line.

By boosting protein stability, NanoVi helps to protect proteins from unfolding as a result of an oxidative attack. Likely related to this ability to keep proteins (such as DNA-repair proteins) functioning, research performed at the IMSB Olympic Training Centre in Vienna, Austria shows significantly reduced DNA damage in athletes given NanoVi sessions along with their exercise regimens32. The levels of ROS-neutralizing antioxidant proteins in humans are also significantly increased by NanoVi, and even those proteins that are damaged by oxidation recover significantly faster33 when exposed to NanoVi.

With this evidence at hand, it is easy to see how NanoVi technology fits perfectly into the world of genetics and genetic regulation. Genes are essential to making proteins, yes, but proteins are essential to all our cells functions—including the integrity of our DNA.

By bringing a naturally-driven yet powerful ability to increase the health and efficiency of our proteome, NanoVi promotes the well-being of the entire genome-to-proteome production line. This boost, in turn, is what makes NanoVi such a particularly effective tool for improving health, performance, recovery, and healing—all beginning at the molecular level. 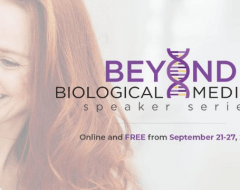 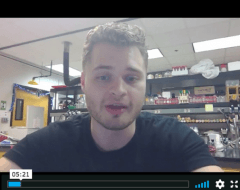 Donna and Sean Jackewicz discuss the genes that indicate that CBD may not be safe for everyone, on effective dosing, and on gene testing