What is wasabi? These are some of the best reasons to eat more of it

There’s a reason sushi and sashimi (raw fish) are eaten with soy sauce and wasabi. This bright green, spicy garnish contains a powerful antimicrobial, which can help protect against potentially pathogenic bacteria that can cause food poisoning from, say, raw fish and raw or undercooked meat. What else is wasabi good for, and how can you include it more regularly in your diet, whether in food or as a wasabi supplement?

What is wasabi? It’s chock-full of health-promoting compounds 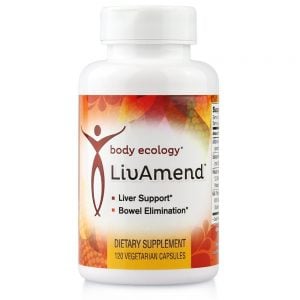 Your liver is working hard — all day, every day — and decongesting ingredients can provide outside help. In LivAmend, our popular liver-supporting wasabi supplement, you’ll find specialized ingredients your body can use to assist your liver, like artichoke, sarsaparilla, and milk thistle extracts and highly concentrated wasabi powder.

Commonly known as Japanese horseradish, wasabi is a member of the mustard family — hence, its spiciness. Wasabi is native to Japan but also grows in New Zealand, Taiwan, and even North America, wherever it can find shady, humid places to live. The roots of this cruciferous plant are the parts used to make strong, spicy sauces and condiments, including the green blob served alongside sushi at restaurants.

Because genuine wasabi is quite difficult to cultivate, most of the stuff on store shelves is actually a mixture of common horseradish, mustard, cornstarch, and green dyes.

Wasabi has been touted as a remedy for all kinds of ailments:

One thing that does seem certain is that wasabi has antimicrobial properties.

As with turmeric and other spices traditionally eaten alongside potentially unsafe animal-derived foods, wasabi is eaten with raw fish not only to add flavor but also to reduce the risk of food poisoning. In fact, wasabi is sometimes used as a preservative in lunch bags in Japan.

The compound in wasabi that seems to be responsible for this antimicrobial activity is called 6-methylsulfinylhexyl isothiocyanate and appears to be especially effective against E. coli and Staphylococcus aureus.1 It may also prove potent against Salmonella, a common contaminant of raw fish and meat. And there’s also research underway to investigate the use of this compound in wasabi as a way to inhibit Streptococcus mutans, a pathogen that sticks to teeth and causes tooth decay.

(It’s probably best not to brush your teeth with wasabi paste, though! Even a little bit is very hot.)

Isothiocyanates are a group of naturally occurring sulfur compounds found in many cruciferous vegetables, including wasabi. These compounds are stored as glucosinolate precursors in the plants, such as 6-methylsulfinylhexyl isothiocyanate (6-MSITC), and the act of chopping or chewing a plant changes the chemical nature of the compound, effectively activating it. Cooking it, however, inactivates an enzyme called myrosinase, which combines with the glucosinolate to produce a very important anti-aging molecule called sulforaphane.

There is a strategy to get the benefits of raw cruciferous vegetables in cooked form. In raw broccoli, the sulforaphane precursor, called glucoraphanin, mixes with the enzyme myrosinase when you chew or chop it. If given enough time — such as when sitting in your upper stomach, waiting to get digested — sulforaphane is born. The precursor and sulforaphane are resistant to heat and, therefore, cooking, but the enzyme is destroyed. No enzyme means no sulforaphane.

With the “hack and hold” technique, you chop the broccoli, Brussels sprouts, kale, collards, cauliflower, or wasabi first and wait 40 minutes. Then, you can cook all you want. The sulforaphane is already made; the enzyme has already done its job, so you don’t need it any longer.

Savings alert! Bundling Body Ecology bestsellers is a great way to save.

Along with its powerful antimicrobial effects, wasabi also offers support for a wide range of health issues:

6-MSITC has been seen in numerous studies to demonstrate biological properties, such as anti-inflammatory, antimicrobial, antiplatelet, and anticancer activity. The compound strongly suppresses the pro-inflammatory mediators cyclooxygenase-2 (COX-2), inducible nitric oxide synthase (iNOS), and cytokines and blocks their expression.2

And, wasabi may have a role to play in cancer prevention:

Isothiocyanates in wasabi have also been found to have specific antimutagenic activity against acrylamide, a well-known mutagen (carcinogen) in broiled fish and meat, and against a strong mutagen in chlorine-disinfected tap water.5,6

Wasabi may support digestive health in an unexpected way as it appears to inhibit the growth and activity of Helicobacter pylori.7 This bacterium causes peptic ulcers and can contribute to inflammation and cancer of the stomach lining; wasabi appears to help address peptic ulcers caused by H. pylori.8,9

In another mouse study, wasabi helped prevent weight gain when the mice were fed a high-fat, high-calorie diet.12

Your bones might also benefit from wasabi. The spice contains p-hydroxycinnamic acid (HCA), which can enhance bone formation and decrease bone breakdown.13 Research in humans is lacking, however, so don’t prioritize wasabi over a good intake of beneficial bone nutrients, like calcium, vitamin D, and vitamin K.

Finally, while wasabi can certainly clear your nasal passages and give you a wake-up call, it’s good for your brain in other ways:

Other research suggests that by driving down inflammation in the brain, isothiocyanates may help slow down the progression of neurodegenerative disorders, such as Parkinson’s disease.16

How to eat wasabi to maximize its health effects

It’s important to note that the studies mentioned above all used wasabi extracts, rather than wasabi as a spice or condiment. As such, it’s hard to tell if you’d get the same benefits by simply eating a little bit of wasabi each day.

And, unfortunately, because genuine wasabi is quite difficult to cultivate, most of the stuff on store shelves is actually a mixture of common horseradish, mustard, cornstarch, and green dyes. These dyes can cause allergic reactions and are definitely not going to support detoxification.

So, if you’re looking to enjoy the health benefits of wasabi, make sure to get the real thing:

If you aren’t interested in searing your taste buds every day, consider a wasabi supplement, like LivAmend, which features liver-supportive wasabi extract, as well as artichoke, sarsaparilla, and milk thistle extracts, all in one convenient capsule. We recommend taking 3 capsules with each meal to increase bile flow from the liver.