Listen: Donna Gates Talks to Susan Levin About Parenting a Son With Autism

When Susan Levin’s son, Ben, was diagnosed with autism at age 5, it was a scary time for her family. She knew she didn’t want Ben to be on brain altering medications, so she set out to find natural ways to help him. After trying many diets, Susan found Body Ecology when Ben was 8. Combined with biomedical interventions, the diet has been life-altering for Ben. Now 19, Ben chooses to remain on the BE diet indefinitely as he recognizes how beneficial it is. Tune in to listen to Donna talk to Susan Levin about parenting a son with autism.

<<<Listen to the episode with Donna and Susan>>>

Some highlights from the episode:

Susan talks about Ben’s diagnoses. 19 years ago autism was even less understood than it is now. Susan saw signs from the start, but Ben wasn’t diagnosed until he was 5.

Son-Rise Program therapy. Ben did the sunrise program for 4.5 years and had tremendous success. Susan recalls the very emotional moment when Ben put his arms around her and said something to her for the first time when he was 6.

Susan’s book about parenting a child with autism. Susan wrote a book to share her experience with other parents, called Unlocked: A Family Emerging from the Shadows of Autism.

Ben’s experience with the Body Ecology diet. After learning about biodiversity and the need to find a diet that worked for Ben’s body, she found the Body Ecology diet. Ben has been on the diet for more than a decade. He’s very clear that if he deviates, he doesn’t like the symptom, so it’s just not worth it to him.

Why Ben doesn’t like to use the word ‘recovery’ about his journey. After a doctor told Ben he was recovered from autism, he hid his past diagnosis from peers at his new school. But he wasn’t ok. Ben felt that he was lying about who he was, and last year as a junior, he  said that he really doesn’t believe that he was not autistic, nor would he ever be not autistic. And that actually, he felt good about that. That, that was his identity, that he had a neurodiverse brain and he felt that it empowered him in various ways to be who he is, including being able to be a writer.

To stay in the know: Catch up on the latest episodes of Body Ecology Living. 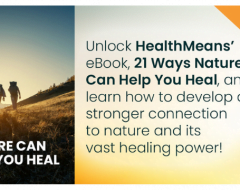 21 ways nature can help you heal 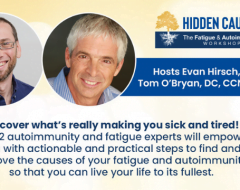 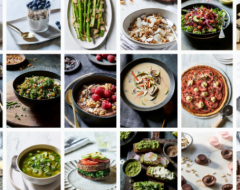 The 60-Day Reset by Tess Masters