How to Protect Yourself Against BPA

Have you heard of BPA—otherwise known as bisphenol A?

Prenatal exposure to BPA is associated with breast cancer and prostate cancer in adult life.

BPA is a material that is used in plastic and packaging. It’s literally everywhere. 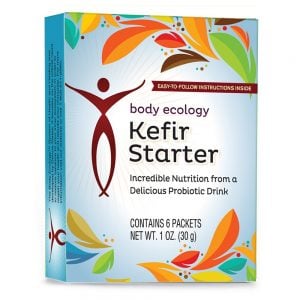 Beneficial probiotics, from fermented foods like kefir made from the Kefir Starter, can help the body detoxify dangerous BPA found in plastics, cans, and pipes. Probiotic bacteria can bind to BPA and reduce high levels in the bloodstream.

The Reality of BPA Dangers

BPA isn’t only in plastic bottles, lined cans, and pipes. It’s in your food and drinking water too.

BPA can move from plastic into its surrounding environment, affecting your hormones and—if you are pregnant—your growing baby.

The Bad News: A Fraud That Ruins Your Hormones

In 2010, the FDA (Food and Drug Administration) told the public about the hazards of BPA to unborn babies, infants, and children. (1)

Other animal studies point out that BPA may affect:

BPA is a hormone disrupter, or “weak environmental estrogen.” (2)

It binds to the receptors for reproductive hormones, like estrogen. Wherever you find these receptors, you can bet that you will also see the harmful effects of BPA.

For example, there are hormone receptors in:

The problem is that when BPA binds to hormone receptors, it doesn’t act like those hormones. BPA makes breast tissue more sensitive to estrogen. In men, it interacts with androgen receptors, affecting the health of the prostate gland.

If that’s not bad enough, BPA exposure in utero has also been linked to inflammatory bowel disease. (6)

If BPA is everywhere, and if it affects so many systems in the body, how are we all still standing?

The reality is that even toxins have a shelf life. This includes heavy metals, pesticides, and hormone disrupters like BPA. Eventually, an enzyme or a group of bacteria come along and break down the toxin.

For example, in 2007 researchers found that the probiotics in a traditionally fermented food called kimchi were able to help the body detoxify BPA. (7) In 2008, scientists found that probiotics bind to BPA, limiting the amount of BPA from food and water that makes its way into your bloodstream. (8)

You can minimize the damage caused by BPA by:

It’s impossible to avoid BPA. It can be found in dental sealants, receipts, water bottles, baby bottles, water pipes, and canned foods and drinks. As BPA moves from plastic to the surrounding environment, it infiltrates the food and water supply. This has a dangerous effect on human hormones and a baby’s development in utero.