We still have a lot to learn about SARS-CoV2 and the disease (COVID-19) it causes, but one thing seems clear: For some, COVID-19 symptoms last a lot longer than the flu. Dubbed “long haulers,” this group of people report symptoms for weeks or even months after diagnosis.

Post-viral syndrome is still possible, even without pre-existing conditions

This “post-viral syndrome […] can incapacitate them for weeks and weeks following so-called recovery,” said Anthony Fauci, MD, the Director of the National Institute of Allergy and Infectious Diseases, in a webinar back in July. Since then, the number of people infected in the U.S. and worldwide has grown exponentially, as has the number of people who are technically “clear” of the virus but for whom the struggle continues.

There are now multiple online support groups for long haulers, and many accounts from medical professionals and non-medicals alike detailing their symptoms.

A CDC report looking at data from March to June found that adults who had tested positive for SARS-CoV-2 infection, and now had persistent symptoms, more than a third (35 percent) still felt unwell 2 to 3 weeks after testing.

And this wasn’t just the case for older adults or those with pre-existing conditions. More than a quarter (26 percent) of younger people (aged 18 to 34) remained unwell, including 19 percent of those without any pre-existing chronic health issues.

Among the 292 people surveyed for the report, 94 percent had symptoms at the time of testing, and 35 percent reported not having returned to their usual state of health by 2 to 3 weeks after testing. This included 32 percent of those aged 35 to 49 years and 47 percent of those aged 50 and older.

Those who reported having a cough at the time of testing were most likely (43 percent) to have continued symptoms, compared to those with fatigue (35 percent) or shortness of breath (29 percent).

COVID symptoms could last months — not weeks — longer than expected

The CDC report isn’t the only one to document these long haulers. In the UK, a team of researchers estimated that around 10 percent of people who have had COVID-19 experience persistent symptoms, and a research letter published in the Journal of the American Medical Association noted that 125 of 143 Italian patients aged 19 to 84 still had symptoms an average of 2 months after symptoms first arose.

These patients had all been treated in hospital, staying for 2 weeks on average, with 80 percent not put on a ventilator.

This highlights one of the most unusual things about long haulers.  Most had mild to moderate symptoms initially, with many not requiring hospitalization — let alone ventilation or intensive care.

Another thing that differentiates COVID-19 from other infections is the incredible range of symptoms, both short-term and, so it seems, long-term.

This strongly suggests that the virus doesn’t just attack the respiratory system but also the nervous system and other parts of the body. It’s still not clear if the virus can bypass the blood-brain barrier, or if symptoms such as brain fog and the loss of taste and smell are a result of indirect effects on the nervous system.

For some, the intense stress of the condition may be key to many long-term symptoms and, ultimately, a full recovery from the disease. There also appear to be some long haulers suffering from postural orthostatic tachycardia syndrome (POTS), which can present as a dizzying array of seemingly unconnected symptoms as the body’s flight-or-fight system develops a hair-trigger. We want you to know about POTS so have an article just on POTS.

The diversity and intensity of long-term symptoms, especially in the absence, often, of a positive test or overt physiological signs of disease, can make some sufferers worry that their condition is psychological. And, given the anxiety and stress of life in the era of COVID-19, it’s not surprising that some long haulers begin to doubt themselves and are also dismissed by some medical professionals.

Unfortunately, the best cure appears to be complete rest, but this approach simply isn’t feasible for most people, especially where their health coverage is tied to a job. As such, we’re putting together a series of articles looking at ways to support long haulers, focusing on things such as lowering stress and cortisol levels, raising DHEA levels, and ensuring the body has what it needs to heal from this incipient disease. 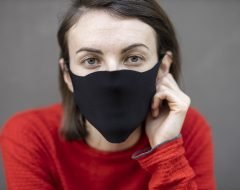 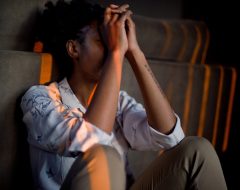 Cortisol, POTS & COVID-19: Is this behind brain fog, bloating & cramps?

The Appendix: Not a Useless Organ

Eat Your Veggies — Okay, But Are They Better Cooked...