There’s nothing like a good cup of tea. From the moment its warmth hits your lips and soothes its way down to your belly — or from the very second you hear the ice clink and feel its coolness flow through your body — it is creating goodness on many different levels. It doesn’t hurt that the health benefits of green tea are receiving more recognition than ever before.

Green tea protects the liver by stimulating the immune system and warding off toxins such as alcohol and cigarette smoke. 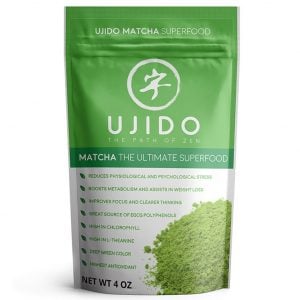 Tea Is the Perfect Comfort Food

Green tea, in particular, is known for its astounding health benefits, as well as its crisp yet sweet flavor. People of India, China, Japan, and Thailand have been enjoying green tea and its medicinal qualities throughout the ages.

Green tea was believed to be first introduced to Japan in 805 BC, when young green tea trees were brought back by Buddhist monks studying in China.

Only a few centuries later, and Buddhist monks were drinking Japanese green tea to promote good health. In 1214, Japan’s first book about tea was written by Myoan Eisai, founder of Zen Buddhism’s Rinzai sect. In How to Stay Healthy by Drinking Tea, or Kissa Yojoki, Eisai praises tea for its myriad health benefits — including its potential to work as “medicine” to quench thirst, reduce fatigue, cure indigestion, stimulate the body, buffer the effects of alcohol, and improve brain and urinary function.1

After being enjoyed as a cultural staple and health elixir in the East for more than 5,000 years, green tea made its way to the West when European traders visited East Asia in the 16th century. Today, some of the more modern forms of green tea, like matcha powder, can trace their roots back to the same origins. Matcha is different from regular green tea since it is made from powderized tea leaves to yield a 100 percent nutritional value. And while it’s highly concentrated and antioxidant-rich, matcha still comes from the plant used to make Japanese green tea — the same Japanese green tea used in traditional tea ceremonies.

What’s the Difference in Green Tea?

All tea leaves come from the Camellia sinensis bush, but it’s the way they’re processed that determines what type of tea they will become. To make black and oolong tea, for example, the leaves are left to wither for a short time to encourage fermentation.

The leaves of green tea, on the other hand, are picked, steamed, or pan-fired immediately and then quickly rolled and tied, all to intentionally keep them from fermenting. It is the fresh leaves that have the helpful chemicals, and like kryptonite to Superman, oxygen is their worst enemy.2 Matcha green tea is powdered to preserve its extraordinary nutrient profile. When measured on the ORAC scale, matcha ranks higher than almost all other antioxidant “superfoods” at 1348, compared to acai berries at 1027 and dark chocolate at 208. Matcha is also finished in the shade for four weeks to stimulate its chlorophyll content, unlike traditional green tea. The rich chlorophyll in matcha may support liver health, encourage detoxification, and help to balance blood sugar.3,4,5

Almost all of the tea grown in Japan is green tea, and like coffee and fine wine, there are countless different varietals.

The different types of Japanese green tea are often characterized by the timing of the harvest and the methods used for growing and processing. For instance, the most common and well-known green tea variety in Japan is Sencha. Sencha is traditionally processed by steaming and rolling the green tea leaves before they are roasted later in the cycle. This steaming process helps to prevent oxidation (the enemy of green tea), leaving Sencha tea with a mellow, grassy, earthy flavor that has been compared to seaweed.

Fresh tea leaves contain powerful antioxidants called polyphenols in the highest amounts. Antioxidants are substances that hunt down free radicals — angry compounds in the body that alter cells, corrupt DNA, and even cause cell death and are attributed to a whole host of health problems, including cancer and heart disease. In 2013, Spanish researchers associated a high polyphenol intake with a 30 percent mortality reduction in older adults.6

Polyphenols make up about 30 percent of the dry leaf weight — so when you’re drinking a cup of tea, it’s doing much more than just warming your body.

In green tea leaves, polyphenols exist as a series of chemicals called catechins. Catechins hold all the potent antioxidant and disease-fighting properties. There are five different types of catechins, but the mightiest of all is epigallocatechin gallate, or EGCg for short.

Black tea, ginkgo biloba leaves, dark chocolate, and wine all have catechins, but green tea has them all beat. Nothing has as many free-radical fighting catechins as green tea! You’d have to eat many bars of chocolate or drink a lot of wine to catch up. This might be fun in the short run, but it’s not very healthy or practical down the road. But green tea is a unique source of these concentrated chemicals. The concentrated catechins in green tea can boost key detox enzymes in the body that may help to strengthen its metabolic defense against cancer, according to a 2007 study conducted on 42 people and published in Cancer Epidemiology, Biomarkers & Prevention.7

With antioxidant effects that are stronger than a serving of broccoli, spinach, carrots, or strawberries, EGCgs are truly extraordinary.

Praised for their disease-prevention and anti-aging properties, researchers have shown these catechins are capable of:

Lower cholesterol and blood pressure, protection against stroke and Alzheimer’s disease, weight loss support and blood sugar control — it’s hard to find a good reason not to drink green tea. In each cup of green tea, there’s the potential to restore and rebalance health, while reducing risk of chronic disease. It’s no wonder this ancient drink is the second most widely consumed beverage next to water.

Green tea is rejuvenating, refreshing, and relaxing, and it also has the potential to improve your health. Ever since green tea was brought over to Japan from China in 805 BC, and later introduced to the West by European traders in the 16th century, it has taken our world by storm. It may come as no surprise to hear that tea is the second most widely consumed beverage next to water.

Green tea remains an ancient health elixir and modern-day health drink because of one “superstar” ingredient: polyphenols. Polyphenols are powerful antioxidants that hunt down and neutralize the free radicals in the body known to cause premature aging and disease. The polyphenols in green tea can be found as a group of chemicals called catechins. These concentrated chemicals, with the potential to boost detox enzymes in the body needed to strengthen its natural defense against cancer, are credited for making green tea the popular health beverage it is today.

You can enjoy green tea traditionally brewed or as a convenient matcha powder, highly concentrated to preserve 100 percent of its nutritional value. And with the extensive health research that supports green tea, it may be almost impossible not to see your health improve after sipping on this antioxidant drink. The catechins in green tea may help to regulate cholesterol, lower high blood pressure, kill cancer cells, inhibit bacterial and viral growth, support healthy digestion, manage blood sugar, aid in weight loss, fortify the liver, soothe achy joints, and more. Concentrated Ujido Matcha Green Tea may nourish the brain, stabilize energy levels, and balance mood throughout the day.