Here’s the fermented fish sauce we swear by

Traditionally, a dynasty meant generations of inherited rulers of a country or a progression of people of the same lineage who dominate in the business world or in politics.

Son® Fish Sauce ferments for no less than one year and is a winner of multiple awards in the foodservice industry.

The word dynasty can even describe successful sports franchises able to stay on top for multiple seasons.

When it comes to family businesses, few have maintained such uncompromising excellence for as long as the Khon/Tran families, makers of Son® Fish Sauce.

Their family is on their way to creating a mini-dynasty in the world of Asian cuisine with their high-quality fish sauce products.

The secret to the sauce? It’s in the history.

The family business was started by Pham Van Khon (1921-2004), who began life as an orphan, making his way from village to village in Vietnam. Eventually, he found himself on the small island of Son Rai in the southwestern region of Vietnam, where he worked for a wealthy family.

Khon married the family’s daughter and found that he excelled in business at a young age. He quickly became a successful businessman and landowner in his own right, ultimately becoming one of the wealthiest men on the island.

It’s at this time that Pham Van Khon notices the common practice of preserving fish in salt and water — and the natural oils that release into the liquid after the fish ferments and then rests.

Asian peoples, like many working-class cultures of that era, never threw anything away. Khon noted that the liquid created during the preservation/fermentation process could be used in various recipes to add that unique, robust, umami flavor to sauces, stocks, and dishes. He began bottling the fermented liquid, and so began Khon’s fish sauce dynasty.

Make a batch to enjoy all week: The Body Ecology salad dressing.

About five years ago: 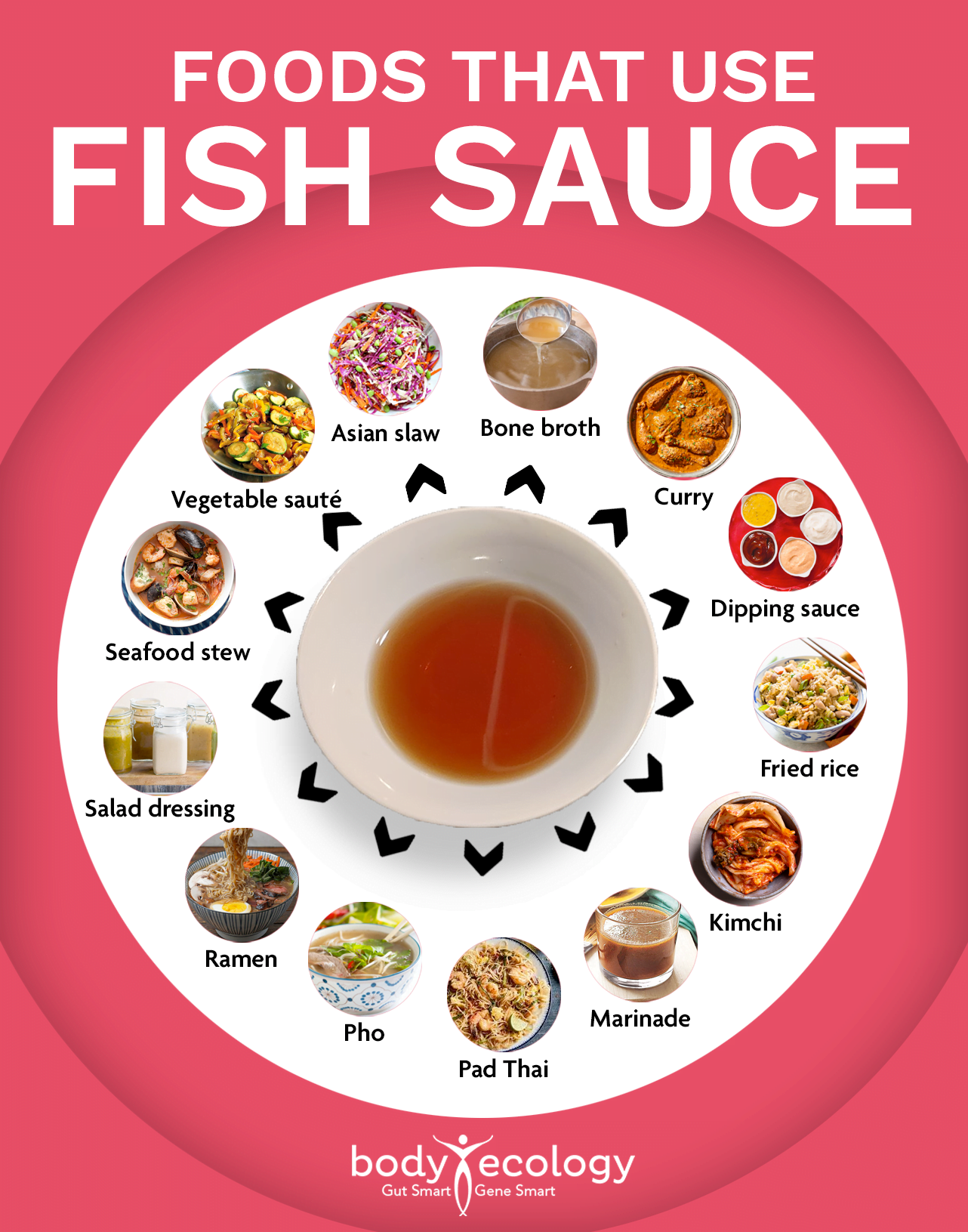 The Tran’s contribution centered around introducing the family’s traditional fish sauce to the world, beyond the United States and other Western and Asian cultures.

They named their company Son after the island where the Khon legacy began and for the baton that was passed from father (Albee’s father) to son (Danny, his son-in-law), giving his blessing for Danny and Albee to carry on the family tradition. This was a tremendous source of pride for Danny. The Khon family legacy, heritage, and culture are in good hands.

Like most new business ventures, the Trans dealt with more than their share of challenges breaking into the fish sauce market. By Danny’s admission, Asian cultures, perhaps more so than other cultures, hesitate to veer from many of the choices of their parents and even their parents’ parents.

But his persistence paid off. Little by little, the brand started to gain the trust of the Asian community, despite their reputation for being creatures of habit who loathe change. Asian markets began carrying Son® Fish Sauce.

The pandemic forced the closure of Las Vegas casinos, which presented another set of challenges for Son® Fish Sauce. But the Trans took it in stride. Danny, like many entrepreneurs, saw the shutdowns as an opportunity, pivoting in a way that larger, less agile commercial enterprises were able to do.

While Son’s bread and butter had been the supermarket sales, Danny’s new passion is supporting young, up-and-coming Asian chefs.

These are the chefs who choose to introduce a new wave of traditional Asian cuisine to Americans and Europeans, even though much of the time, it would have been easier for them to launch their careers by promoting the cuisines of Europe and the U.S., as had been their training.

The Son difference: Everything old is new again.

In the 1940s, great-grandfather Khon felt there was no big secret to making high-quality fish sauce. A purist, he believed that all that was needed to produce the best fish sauce was the right environment, the right anchovy, sea salt, and most importantly… time.

Son® Fish Sauce ferments for no less than one year and is a winner of multiple awards in the foodservice industry. 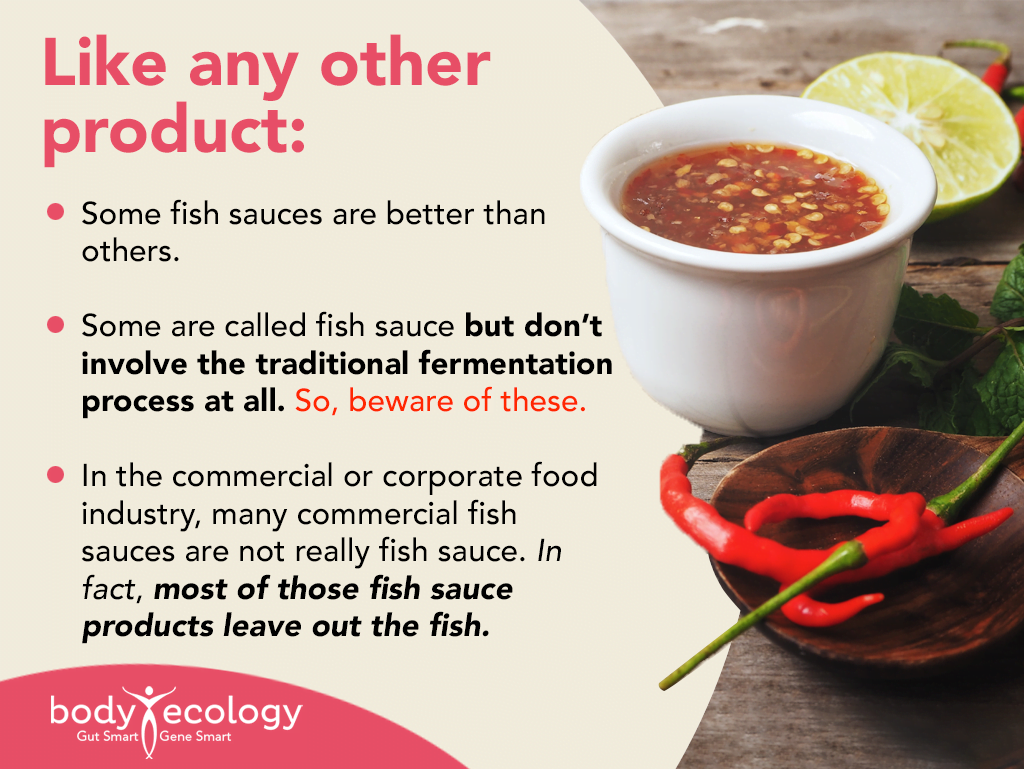 These “fake fish” products contain anchovy “extract.” It consists of dead fish (often why it smells so bad) in combination with water, sugar, artificial chemicals, and preservatives.

In contrast, Son® Fish Sauce allows for the fermentation process, with its natural, microbial activity and beneficial bacteria to flourish, creating that unique, powerful, flavorful sauce Asians and Americans alike have come to know and love.

Today, Danny loves seeing contemporary Asian chefs leaving behind the “race to the bottom” mentality of choosing subpar products that are mass-production and low-cost — but rife with chemicals and inferior ingredients.

The trend now is to return to the ways of old, where Asian families share coveted recipes and traditions requiring meticulous attention to detail, superior ingredients, and time — to let flavors ferment, develop, and enrich.

While so many Asian countries have endured the characterization of producing (overall) low-quality goods in communist states, Danny points out that the lower-quality fish sauce products are largely those coming out of the U.S.

These come from companies that produce and market “fish sauce” so packed with chemicals that they barely resemble a product that would be sold by Son or even called fish sauce.

American-born Danny Tran grew up in Orange County, California. He moved to Saigon, Vietnam, as an adult to experience the culture of his ancestors first-hand before returning to the U.S. to dive headfirst into marketing his product.

This unique perspective gave him an understanding of the best of both business practices and business cultures. But perhaps more importantly, his diverse background and experience gave him a vision far greater than business.

He has great respect for all his parents did to survive and reach the U.S. But Danny Tran, and many young Asians from all backgrounds, are leaning into the rich history and culture that “made” them and are making their mark in the American context — as they watch the world get smaller. 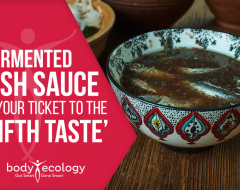