Erythritol: What you need to know about this natural sugar substitute & the better choice available

Used as a natural sweetener, erythritol is about 60 to 80% as sweet as sucrose (sugar). It is used primarily in chewing gum, baked goods, and beverages and occurs naturally in pears, soy sauce, wine, sake, watermelon, and grapes.

In fact, erythritol has even been found to exist naturally in human tissues and body fluids.1 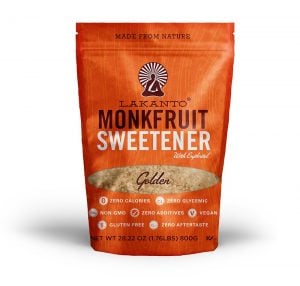 Consider Lakanto for a natural sugar alternative. Not only is it delicious — and an ideal pick for baking because it tastes and cooks like sugar — but its zero-calories and zero-glycemic index won’t feed candida or cravings or affect blood sugar levels.

After much toxicology and clinical studies, erythritol, like other sugar alcohols, has been found to be safe for consumption as a sugar substitute, even when consumed on a daily basis and in high amounts.2

While Body Ecology does not recommend eating any sweetener in high amounts, we do believe that the occasional craving for a sweet taste is a natural part of our diets.

Sugar alcohols are NOT to be confused with artificial sweeteners.

While sugar alcohols do contain fewer calories than sugar, they occur naturally in plants, like fruits and vegetables.

In the case of sugar alcohols (also known as polyols), part of their structure resembles sugar and part resembles alcohol. However, there is no ethanol in sugar alcohols, so they are not the same thing as alcoholic beverages.3

Sugar alcohols, like maltitol, sorbitol, and xylitol, are often used as sugar substitutes because they provide a sweet taste that does not raise blood sugar to the degree that sucrose does. This is because they convert to glucose more slowly in your body and do not require much insulin to metabolize.

In addition, sugar alcohols do not cause tooth decay, which is another plus to their use.

However, many people report experiencing gas, bloating, and diarrhea when eating sugar alcohols (typically only when eaten in excess, but this varies from person to person).

From a Body Ecology perspective, however, if you do not have these upsetting symptoms, we do recommend most sugar alcohols over even natural sugars because sugars feed gut health issues like candida, which can contribute to systemic fungal infections.

And remember, some people don’t even realize that their gut is a battlefield, or even know what would work best for their particular scenario to reverse it.  The gut is the gateway to health, and when you focus on ensuring that your gut health is good, and also focus on your own uniqueness, you can turn your health around, and fast.

Getting back to sugar alcohols…

Here are a few things that make erythritol a stand out as a sugar alcohol.

Erythritol has the status of generally recognized as safe (GRAS) from the FDA and is widely used in many other countries like Japan, the European Union, Mexico, and Canada.

Unfortunately, erythritol is not that sweet on its own, so it’s often combined in foods and beverages with other sweeteners…sometimes artificial sweeteners like aspartame, making it less than desirable.

Also, erythritol is the most expensive of the sugar alcohols to produce. This makes it difficult for food manufacturers to use it in commercial products.

While erythritol has plenty of benefits, there is a far better option available to you… Lakanto.

When searching the world over for a natural sweetener that met all of the Body Ecology health criteria, Lakanto stood out from the rest.  Why? It does not feed candida, does not cause tooth decay, does not raise blood sugar, tastes great, and it allows our BEDROK moms to make birthday cakes for their children.

What really thrilled us was that it works really well in baked goods …Lakanto is bar none the best zero-calorie, natural sweetener we’ve found for baking. (We don’t recommend coffee on the Body Ecology Diet…but we’re told it is great in coffee too.)

Lakanto is a delicious combination of non-GMO (not genetically modified) erythritol and the naturally sweet fruit, lo han guo (called the “longevity fruit” in China and has many of the same health benefits as erythritol). They are combined using a very special proprietary process that creates an exceptional product that is a one-to-one substitute for sugar, without calories and any of sugar’s other health issues.

We’re excited about Lakanto because — finally — we can provide Body Ecology followers with a natural sweetener you can cook and bake with successfully. Lakanto has also been causing a stir in Japan, where it has been used for over ten years. It is not just APPROVED by the Japanese Ministry of Health for obesity and diabetes… it is actually RECOMMENDED by a government that really seems to care about protecting its people.

How sweet it is

With more options to satisfy your sweet tooth, you may find that sticking to a healthy Body Ecology program is easier than ever. And certainly, natural sweeteners like erythritol and Lakanto make it easier to feed yourself and your family healthy treats.

Now you can indulge your sweet cravings without taking a step backward in your health. And nothing is sweeter than that! 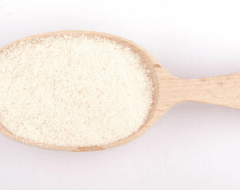 Do you have sweet tooth genes?

A Crisis of Immunity? Start with your gut. 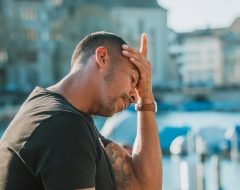