The ‘miraculous’ benefits of breast milk aren’t just for babies

According to the CDC’s Healthy People 2030 Breastfeeding Objectives, the goal is to have 54.1 percent of babies breastfed until age 1 by 2030. Currently, only 35.9 percent of infants meet this standard.1 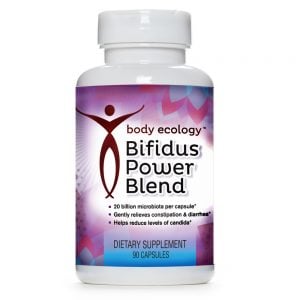 Breast milk is designed to promote development and nourish a baby’s inner ecosystem by inoculating the gut with protective bacteria.

These bacteria have important benefits for babies, children, and adults alike and can be found in the specially formulated Bifidus Power Blend (coming back in stock soon!).

Far past the baby stage, we can still receive the same protection and nourishment from the breastfed bacteria found in a newborn baby’s gut.

The CDC, WHO, and the American Academy of Pediatrics all recommend:

The CDC’s most recent breastfeeding report card revealed that while breastfeeding rates are slowly rising in the U.S., only 58.3 percent of babies are still breastfed at six months.2

The WHO estimates that nearly two-thirds of babies are not exclusively breastfed until the six-month mark around the world.3

So, why aren’t we all breastfed?

In the midst of labor, anything can happen.

Even if you never planned to have an epidural or a C-section delivery, these plans get thrown out the window once the health of either mother or baby is in jeopardy. As it turns out, these procedures, while potentially life-saving, affect the ability of breast milk to letdown, or flow.

Sometimes, the case is that a mother has more than enough milk but still struggles to feed her baby. This could be due to:

In either case, nursing can be a traumatic experience for both parties. Just because mama and baby were designed to nourish each other during those first several months of a newborn’s life doesn’t mean it’s easy.

Today, with help from the Breast Is Best campaign, most women are told from conception that breastfeeding is important for mother and baby. And yet, there are still plenty of women who can’t breastfeed or who choose not to for personal reasons.

Breastfeeding remains a personal decision, but the Surgeon General’s Call to Action to Support Breastfeeding has blamed many roadblocks on breastfeeding misinformation and lack of support.

“Mothers are also uncertain about what to expect with breastfeeding and how to actually carry it out. Even though breastfeeding is often described as ‘natural,’ it is also an art that has to be learned by both the mother and the newborn,” the report stated.7

The big benefits of breast milk for babies — and adults

The complexity of breast milk goes far beyond its nutritional value. What a woman eats and her health prior to conception can affect both fetal development and breast milk.8,9

Besides nourishing a newborn with macronutrients (sugars, fat, and protein) and micronutrients (things like vitamins and minerals), breast milk:

A newborn experiences massive shifts of growth and adaption during the first several months of life. And the surface of a baby’s gastrointestinal tract responds to the proteins and nutrients that are found in either breast milk or formula.

As a foundational first food, breast milk contains more than 700 species of bacteria.13 What a mother eats can alter the bacterial content of breast milk, or the microbiome, and the gene content of that bacteria.14

This gut-and-gene connection starts from birth and can have a lifelong impact on your health. Check out the Genius of Your Genes Summit to learn more.

A mother’s breast milk is responsible for inoculating a baby’s delicate digestive system with good bacteria that can regulate development and, later, help protect against disease.15 The Bifidobacteria found in a breastfed baby’s gut are the same bacteria we need to defend our bodies as adults, and they’re known to decline with age.

Supplementing with a Bifidus probiotic can help to restore a compromised inner ecology — especially for the 20 percent of people with a variation of the FUT2 gene that can resist the growth of Bifidobacteria in the gut. This surprisingly common gene variation can determine if your body is vulnerable to autoimmune disease, inflammatory bowel disease, candida overgrowth, UTI, B12 deficiency, and some forms of anemia.

What does breast milk have that formula doesn’t?

Keep in mind that:

1. Breast milk is equipped with tools that help educate and buffer the immune response system in the body.

Colostrum, which is secreted by a woman for the first several days after birth, comes in very small quantities. So small that you may worry about whether or not it’s enough to feed your newborn baby. While the yellow milk of colostrum may not look like much, it offers plenty.

As days and weeks pass after a baby is born, a newborn’s gastrointestinal tract begins to pick up signals. These signals prompt the immune system and the inner ecology to form.17

Depending on what nourishment a newborn receives, this can benefit a baby, or it can increase risk factors for certain health disorders, like type 1 diabetes.18 New findings show that breast milk may be especially beneficial for the hearts of preterm infants.19

Breast milk contains high concentrations of nutrients that support brain development.20 These are things like:

Long-chain polyunsaturated fatty acids, in particular docosahexaenoic acid (DHA) and arachidonic acid (AA), are found in breast milk at much higher concentrations than in cow’s milk.

A diet high in fish oils can influence just how much of these beneficial fatty acids are found in your breast milk. Studies note that while infant formulas will supplement these fatty acids, it has been difficult to gather information about the long-term effects.21

What to do if breastfeeding is not an option

There are many reasons why a new mother chooses not to breastfeed her child. Sometimes, it’s not even a matter of choice. It’s a matter of ability.

If you can’t breastfeed, need to return to work after your baby is born, or have adopted a newborn, relying on some kind of formula seems essential. In these situations, you can still optimize your child’s nutrition and development.

The Weston A. Price Foundation has published wonderful formulas that can be prepared at home, under a doctor’s guidance. These formulas more closely duplicate a mother’s breast milk. One formula, in particular, uses liver and bone broth, and it’s free of dairy.

Far past the baby stage, we can still receive the same protection and nourishment from the breastfed bacteria found in a newborn baby’s gut. The Body Ecology Bifidus Power Blend (coming back in stock soon!) is specially formulated with four probiotic strains of a baby’s Bifidobacteria that decline in the gut with age.

Supplementing and restoring levels of these healthy gut bacteria can bring the body back into balance, cultivating the hardy inner ecosystem you were born with.

A Crisis of Immunity? Start with your gut. 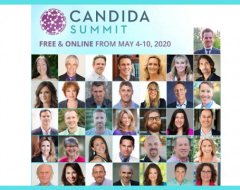 Join me for The Candida Summit