What Does Your Blood Type Have to Do with Your Health and the Food that You Eat?

Body Ecology’s Principle of Uniqueness teaches that the pathway to optimal health is different for each of us. Tailoring a health program for yourself is crucial, and part of that process should entail knowing your blood type.

Blood typing is a system of classifying the presence or absence of certain antigens called agglutinogens.

The A and B antigens on the surface of red blood cells are encoded by different versions, or alleles, of the same gene. The A and B alleles produce type A and type B antigens, respectively. The third version of this gene, the O allele, codes for a protein that does not produce surface molecules. (2)

Blood plasma is full of antibodies that are only supposed to attack foreign invaders. Agglutination occurs when someone receives the wrong blood type during a blood transfusion. Antibodies in the recipient’s blood recognize the donor blood as something foreign. This is because agglutinin is the lectin protein compound of a substance, which has the ability to attach to sugars or carbohydrates on the surface of human cells and specifically red blood cells. Some of these lectin proteins can cause clumping of red blood cells, a process that is called agglutination.

Agglutinin… gluten. Is there something that these two substances have in common?

Well, yes. Gluey-ness. Both of these words have a Latin root meaning “glue”. Gluten is the composite of two proteins called gliadin and glutenin. These, co-joined with starch, are found together most notably in wheat, rye, and barley and are responsible for the elastic potential of these products. As mentioned earlier, agglutination is the clumping of particles, such as red blood cells.

Wondering what to eat to improve your health? Knowing your blood type can help you to avoid certain foods that could negatively affect your body and wreak havoc on your immune system!

A few more points to mention about wheat:

This kind of confusion and cross-reactivity happens a lot in immune response and is especially prevalent in autoimmune conditions. One autoimmune condition often happens concurrently with others. Mikio Sankey, an Esoteric Acupuncturist who practices in Los Angeles, says in his most recent book Support the Mountain:

With genetically modified foods, the antibodies of our immune system are not able to recognize the different outer coating of antigens as the antigens disguise themselves to avoid detection by the defense cells of our immune system. In other words, the pathogens can disguise themselves and replicate much more quickly than the good guys (our antibodies), and eventually the pathogens will proliferate in our system. This is the beginning of autoimmune disorders. (3)

Antigens: Here, There, and Everywhere

In Eat Right for Your Type, D’Adamo points out that blood type gene expression is not restricted to erythroid, red blood cell tissue, but occurs universally in most epithelial and endothelial cells. He also notes that expression of the antigens may undergo changes during development, differentiation, and maturation.

While D’Adamo’s work does not specifically address candidiasis and other immune disorders, Donna Gates does dedicate an entire chapter in The Body Ecology Diet to the blood type diet, including recommendations and even some disagreements with Eat Right for Your Type.

Eat Right for Your Type was first published in 1996. It has been met with interest, applause, and a great deal of scientific criticism.

The criticism is due in part because the author, Peter D’Adamo, does not offer clinical trials and originally included only a bibliography to the text; additionally, there are still questions surrounding the evolutionary path and traditional diets of the different blood types.

There have been thousands of case studies and peer-reviewed studies that have confirmed the information and observations presented in D’Adamo’s work.

Recently, a study in the American Journal of Epidemiology announced that there is indeed a correlation between blood type and pathology. According to the December 2010 report, there has been strong evidence supporting blood type A association with gastric cancer, and blood type O association with peptic ulcers since the 1950s. However, because there was never any clear unifying approach to these observations, any investigations into this data were poorly conducted. (1)

Authors of the study used the Scandinavian Donations and Transfusions (SCANDAT) database in order to follow Swedish and Danish blood donors with known blood types for up to 35 years. Over one million donors were tracked using nationwide cancer and hospital registers.

WHAT TO REMEMBER MOST ABOUT THIS ARTICLE:

What current scientific research implies about blood type A gastric cancer and blood type O peptic ulcers is that there is another factor at play. Scientists and doctors are still piecing together the digestive system, the immune system, genetics, environment, and how all these elements affect the health. The importance of the Body Ecology system of healing is that it rebuilds the immune system by nourishing the inner-ecosystem. Knowing your blood type may help you make decisions to include or avoid foods that could have a toxic effect on your body. 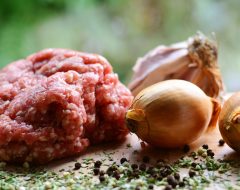