Your Gut Responds to Where You Live

Microbiologists speculate that bacteria in the human body, mostly residing in the gut, outnumber our own cells 10 to one.

This mass of microbes found in the bowels, referred to collectively as the gut microbiome or inner ecosystem, has a profound effect on our physiology. For the last several years, scientists have been calling the gut microbiome the “forgotten organ” because of the various necessary functions that it performs.1 Not only do gut bacteria help to break down and digest food, as well as generate energy, but changes in gut microbiota have been linked to obesity, ulcerative colitis, and Crohn’s disease.

You are what, or where, you eat. 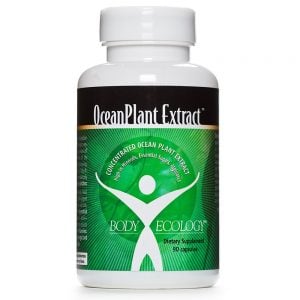 Your gut bacteria can differ based on where you live in the world! The Japanese gut contains special enzymes to better digest seaweed carbohydrates, but you can get the same energy and thyroid support from nutritious seaweed by taking the gut-friendly Ocean Plant Extract.

Recently, scientists have determined that distinct differences in gut microbiota can develop depending on what region a person is from and, consequently, what foods are eaten. One study in particular discovered that the marine bacterium found on seaweed, Zobellia galactanivorans, has a specialized set of enzymes called porphyranases that break down the sulfur-rich carbohydrates found in marine algae, specifically nori.

Nori is extremely popular in Japanese cuisine. It traditionally was eaten raw, leaving microbes alive and well. The enzymes that are able to break down the tough carbohydrates found in seaweeds are unique to oceanic bacteria.

Once this special set of porphyranase enzymes had been detected, several other marine bacteria were identified as also carrying these enzymes, which was not surprising to researchers. What was surprising was that one of the carriers of this unique set of enzymes was from the human gut, rather than the ocean. The bacterium Bacteroides plebius was the unexpected carrier of an oceanic gene.2

The mechanism by which this takes place is fascinating in and of itself: A process known as horizontal or lateral gene transfer enables bacteria to readily pick up and swap genetic information.

This transfer is quite effortless when it happens between bacteria. It’s rarer to see it happen, say between human and bacteria genome. But it does happen. Among single-celled organisms, horizontal gene transfer is even considered to be the dominant form of genetic transfer—rather than vertical transfer, which is when genetic code is acquired through inheritance.3

Another study found that an unweaned infant, who had never eaten a piece of nori in her life, carried gut bacteria with the porphyranase gene. We already know that a newborn receives a significant inoculation of friendly flora during birth through the birth canal. This study shows that borrowed genes from environmental microbes may also be passed along with native flora from mother to baby.

How to Get the Benefits of Seaweed Without the Japanese Gut

This information is wonderful for those who live in Japan, but what about the rest of us?

The Body Ecology Diet still recommends eating seaweed because of its rich, delicious, and nutritious history. If your gut hasn’t evolved like that of the Japanese, you can glean the same energy and thyroid support through the gut-friendly Ocean Plant Extract.

Just as the name suggests, this extract is easy to digest. Seaweed carbohydrates that are hard for the body to break down have been removed. With Ocean Plant Extract, you get all the benefits of seaweed in an easily digestible form—perfect for those of us with gut bacteria that have adapted to the Western diet. With a supplement like this, environmentally adapted gut bacteria will never stand in the way of your health.

Bacteria outnumber the cells in the body 10 to one. Scientists have recently discovered that certain gut bacteria can vary depending on what region of the world you are from and what type of food you eat.

The Japanese digestive system has special enzymes that work to digest seaweed carbohydrates. Unfortunately, these same enzymes are not found in the North American digestive system due to the large amounts of processed foods we consume in the standard American diet.

Is there hope for those of us without the Japanese gut? The simple answer can be found in Ocean Plant Extract: a nutrient-rich supplement that is easier to digest than natural seaweed carbohydrates. Ocean Plant Extract provides all the benefits of seaweed to boost energy and support thyroid health—specially formulated for guts that have adapted to the Western diet.