Are You at Risk for Iodine Deficiency?

Researchers at Mount Sinai Medical Center recently released numbers of pregnant women that may suffer from iodine deficiency — even with supplementation.1

If a pregnant mother is deficient in iodine, her child may show signs of slow mental development.

According to researchers, more than one out of two pregnant women is at risk for iodine deficiency. And over 20 percent of these women already supplement with iodine. 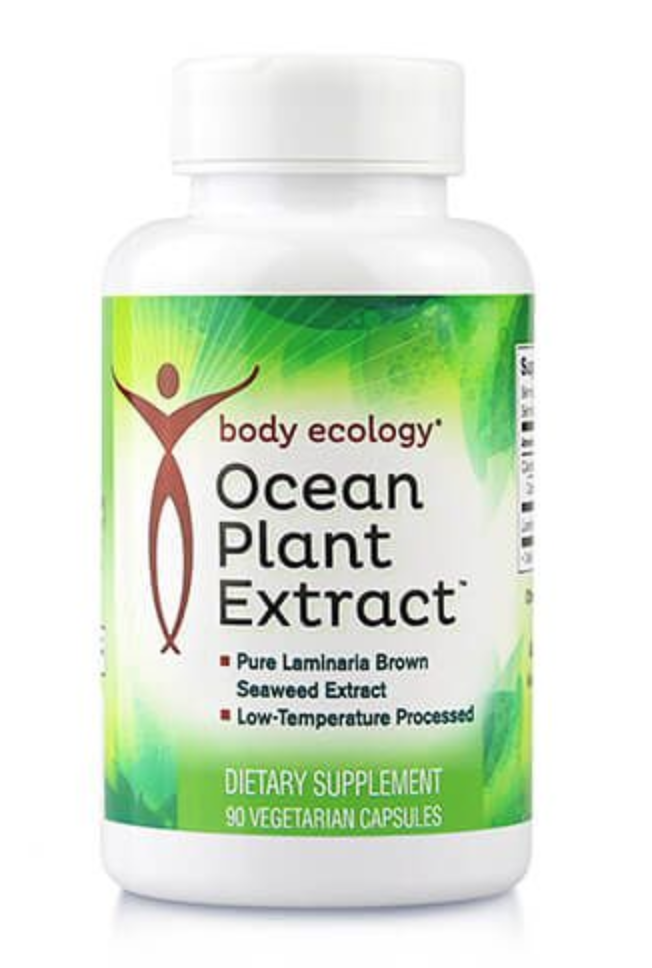 On the days when you can’t fit iodine-rich sea vegetables into your diet, Ocean Plant Extract is a great backup to have on hand. A rich source of iodine can help to prevent an increasingly common iodine deficiency.

This tells us that even with supplementation, many of us — and expecting mothers in particular — are not getting adequate levels of iodine. Much of this has to do with misinformation since the importance of iodine is rarely talked about, especially during pregnancy. This lack of awareness was highlighted in the 2015 study published in the British Journal of Nutrition — researchers say pregnant women aren’t getting enough information about critical iodine.2

This common misinformation comes at a great cost. If a woman doesn’t get enough iodine before pregnancy, by the time she gets pregnant, it will already be too late, say researchers in a joint study published in the European Journal of Clinical Nutrition. A woman needs her iodine storages to be full before pregnancy to prevent this negative impact on her baby’s brain development.3 A pregnant woman with low thyroid hormone levels, most commonly caused by iodine deficiency, may be four times as likely to have a child with autism.4

What Is Iodine, and Why Do I Need It?

Iodine is an essential trace mineral that the body cannot make. Sea vegetables and seafood are naturally rich in iodine. Since soil tends to have a negligible amount of iodine, we must eat sea vegetables and seafood in order to get the iodine we need. Iodine deficiency seems like it couldn’t possibly be a modern problem, but most of us aren’t getting nearly enough each day — it’s no wonder that iodine deficiency has reemerged in developed countries, like the U.S. and the UK.5

The body uses iodine to make thyroid hormones T3 (triiodothyronine) and T4 (thyroxine). Without thyroid hormones, your body loses its ability to energize the immune system, and metabolism — the process that uses food to create energy — plummets.

A developing baby requires iodine for healthy brain development. If a pregnant mother is deficient in iodine, her child may show signs of slow mental development, also known as cretinism. Around the world, iodine deficiency is considered the most common cause of preventable brain damage. Deficiency in pregnancy could lead to a spectrum of iodine deficiency disorders (IDD) in a child, with conditions like hypothyroidism, goiter, mental retardation, deaf-mutism, and other growth and developmental issues.

Recently, researchers at McGill University in Montreal, Canada, reviewed 30 years of science and on average found that children who were deficient in iodine were 6.9 to 10.2 points lower on the IQ scale.6

In adults, iodine deficiency can lead to an underactive thyroid, contributing to fatigue, weight gain, depression, and low body temperature — all classic signs of hypothyroidism.

Iodine for Health: Beyond the Thyroid

Roughly 15–20 milligrams of iodine are concentrated in thyroid tissue and in thyroid hormones.

Around 70 percent of the body’s total iodine is found elsewhere in the body, including:

While a deficiency in iodine will often show up in the thyroid as a goiter — or as clinical hypothyroidism — iodine deficiency can also contribute to disorders like fibrocystic breast disease, breast cancer, prostate cancer, and stomach cancer.7,8,9

Recently, researchers at the National Autonomous University of Mexico outlined how iodine acts as an antioxidant in the body.10 Related studies show that iodine supplementation during cancer therapy has an antioxidant effect, protecting the heart and breast tissue.11 And in 2002, one study found that children who were deficient in iodine were more likely to be under oxidative stress — which can lead to the oxidative damage of DNA.12

Sea vegetables are an excellent source of iodine because these plants have the unique ability to concentrate iodine from the ocean. For example, certain types of brown seaweed contain over 30,000 times the amount of iodine in seawater!13

The amount of iodine in sea vegetables varies according to:

Ocean vegetables like kombu, nori, hijiki, and wakame have an edge over iodine supplements.

Ocean vegetables contain a full spectrum of minerals. Some of these minerals, like selenium, are important co-factors that assist with the use of iodine in the body.

Researchers at Charite University Medicine in Berlin, Germany, recently suggested that selenium, in addition to iodine and iron, is essential for a healthy thyroid throughout life — and especially during thyroid autoimmune disease.16 Research published in Biological Trace Element Research pointed to the selenium and iodine deficiency in China as the main factor behind Kashin-Beck disease (KBD), a crippling bone and joint disorder.17

If you would like to incorporate more sources of iodine into your diet (and we recommend that you do), try:

Research has confirmed that more than one out of two pregnant women may suffer from iodine deficiency; 20 percent of pregnant women are still at risk, even after taking an iodine supplement. For an unborn baby, the trace mineral iodine is critical to support healthy brain development.

An outside source of iodine is a must since the body can’t produce iodine on its own. Iodine-rich sea vegetables and seafood are recommended to provide the body with the iodine it needs to produce thyroid hormones, which support immunity and metabolism. And because we aren’t getting enough of these iodine-rich foods, iodine deficiency has reemerged in developed countries.

Children that suffer from iodine deficiency may exhibit stunted growth, goiter, or slow mental development. Iodine deficient adults may have symptoms related to hypothyroidism, like fatigue, weight gain, and depression.

You can stop iodine deficiency in its tracks by making a few subtle changes to your diet: