Are Antibiotics Making You Fat?

Do antibiotics cause weight gain? These days, kids in the United States are given about one course of antibiotics a year. In 2016, the CDC deemed one out of three of these antibiotic prescriptions totally unnecessary.1 This came after Pagan Kennedy’s 2014 New York Times article that exposed the dysfunctional relationship we’ve developed with antibiotic therapy.2 In her article, Kennedy asked of our antibiotic use, “Could these intermittent high doses affect our metabolism?” 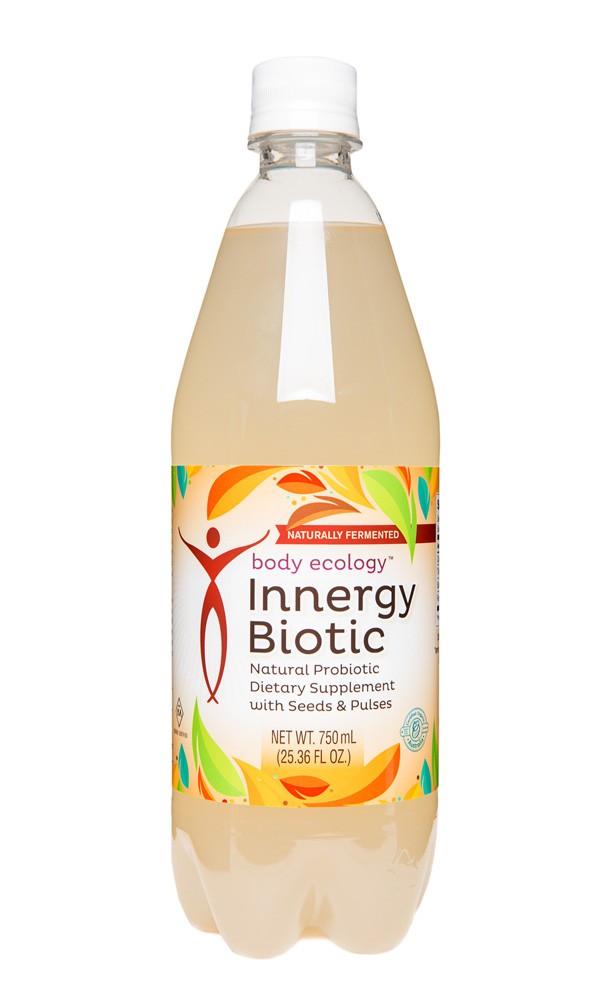 Antibiotics can be helpful to treat bacterial infection, but they will disrupt the balanced community of bacteria and yeast in the gut. Drinking a daily probiotic, like InnergyBiotic, can help to preserve this delicate ecosystem by providing more good bacteria to balance the gut.

Martin Blaser is the director of the Human Microbiome Program, a professor of medicine and microbiology at New York University, and author of Missing Microbes: How the Overuse of Antibiotics Is Fueling Our Modern Plagues. According to Dr. Blaser, our “modern high-calorie diet alone is insufficient to explain the obesity epidemic and… antibiotics could be contributing.”3

In other words, while processed foods, added sugars, and rancid oils aren’t doing anyone any favors, many researchers now believe that there is more to the obesity epidemic than poor diet and lack of exercise.

The answer to obesity may lie with the microbes in our gut.

The Elephant in the Room: Do Antibiotics Cause Weight Gain?

It’s no secret that the United States is witnessing an “obesity epidemic.” Experts tell us that each year more children are obese and more adults are obese. With this excess weight comes an increased risk for serious disorders like heart disease, cancer, and diabetes. In fact, Marion Nestle, chair of the department of nutrition and food studies at New York University and author of Food Politics, has said that the cost of obesity-related disease will be “astronomical.”4

Childhood obesity, for example, is an expensive epidemic that affects one in five children and may cost $19,000 more per obese child in lifetime medical costs.5 In 2016, obese Australian preschoolers were found to have 60 percent higher healthcare costs compared to children at a healthy weight, with a similar financial impact anticipated in the U.S. and the UK.6 And for adults, obesity may be an even bigger healthcare burden than smoking.7

Almost anyone you speak with will blame the obesity epidemic on too much food and too little exercise. Some people will look at the quality of food — which tells us that some foods are more harmful than others.

Very few people will look at their inner ecosystem.

In her New York Times article, Kennedy recounted a discovery that occurred in 1948 — when scientists found that antibiotic drugs drove up the weight of farm animals. This caused farmers to feed their animals less “slop” and more antibiotics, yielding heftier animals. Conveniently for the farmers, large-scale antibiotic use also meant that their animals could be kept indoors and in filthy living conditions.

Then in the 1950s, we experimented on humans when a team of scientists fed antibiotics to schoolchildren in Guatemala for over a year. Similar experiments were conducted with a group of mentally disabled children in Florida and a group of 700 Navy recruits.

Researchers found that — like farm animals — we grew larger when given antibiotics.

Other studies show the same effects. Giving a child antibiotics before age 2 can increase the risk of childhood obesity, according to a 2016 study published in Gastroenterology.8 Even a mother who takes antibiotics during pregnancy can increase her child’s risk of obesity after birth.9 And supporting this antibiotic-obesity connection, kids who take antibiotics repeatedly may gain weight faster than the kids who don’t.10 Conversely, a 2013 Canadian study observed that taking certain probiotics could help women to lose weight.11

Antibiotics versus Probiotics: The Big Difference

Antibiotic therapy is used to treat infection. It’s useful only during a bacterial infection (antibiotics won’t work for bugs like the flu virus). While antibiotics can be effective at killing off an infection, they can also destroy the inner ecosystem of the gut.

These changes have other serious consequences. Because up to 70 percent of the immune system is found in the gut, antibiotic use puts us at a greater risk of both food and respiratory allergies.12 And finally, as Dr. Blaser’s research implies, antibiotic use can make us obese.13

Probiotics are the antidote to antibiotic therapy — or at least, they are the best antidote we have been able to come up with. While human beings were never meant to manage the effects of a devastated inner ecosystem, probiotics offer a way to repopulate the gut with good bacteria and yeast. Probiotics have been proven to not only promote weight loss and reduce BMI, but they can help to fend off the common cold, reduce stress and anxiety, improve cognition in Alzheimer’s patients, promote recovery after injury, minimize the deadly complications of liver disease, regulate blood pressure, alleviate diabetes, and so much more.14,15,16,17,18,19,20,21,22

The Antibiotic Aftermath: Getting Your Gut (and Your Weight) Back on Track

Body Ecology’s probiotic beverages, homemade coconut water kefir, and fermented vegetables are first-generation probiotics — meaning, they are more robust than the kind of probiotics you would find in many probiotic capsules (though we’ve designed our Bifidus capsules to be a superior choice). Because they are living and active, the bacteria and yeast in fermented foods form a complex, symbiotic relationship.

Unfortunately, probiotics are the one food group missing from most plates.

While standard nutrition classes may discuss calories and break down food into its basic units of fat, sugar, and protein, the living probiotic value of food has been nearly forgotten. The good news is that we’re seeing a resurgence of interest in probiotic foods, especially as researchers discover just how complex our relationship is with our inner ecosystem. With this renewed interest in our body’s ecology, people are losing weight and bringing their metabolism back into a state of balance. At Body Ecology, this is something we strongly recommend after taking any gut-compromising antibiotics.

If antibiotics make us fat, probiotics may be the saving grace. As we saw in the 2016 meta-analysis published in the International Journal of Food Sciences and Nutrition, taking probiotics can aid weight loss and support a healthy weight. The adults in the group who took probiotics for just 8 weeks were those who lost the most weight.14

Is there a deeper cause of the obesity epidemic plaguing the U.S.? Most experts believe that obesity is related to too much food and a sedentary lifestyle. But routine antibiotics may contribute to a rise in obesity by increasing weight and disrupting metabolism.

Antibiotics can be useful to treat bacterial infection, but it is important to understand that they will simultaneously destroy the protective inner ecosystem of the gut. Antibiotics reduce microbial diversity and good bacteria in the gut to open the door for Candida overgrowth. Since up to 70 percent of the immune system is found in the gut, this turn of events can wreak havoc on immunity. And in multiple studies, antibiotics have been linked to obesity.

Probiotics are the key to balance out courses of antibiotic therapy. Probiotic beverages, coconut water kefir, and fermented vegetables come from real food sources that may be more effective than many probiotic supplements. (However, we’ve designed our Bifidus probiotic capsules to be a potent alternative to other probiotic capsules on the market.) A daily probiotic can remedy the destruction caused by antibiotic use to promote healthy weight and metabolism.