A minimalist guide to the detox gene and DNA methylation: Plus 5 Quick Detox Tips

Detoxification is complex. There are many genes that play a role in the cleansing process. But one gene stands out from the rest.

The MTHFR gene tells the body to make an enzyme that helps process two nutrients—folate and methionine.

Those with variations in the MTHFR gene are often poor detoxifiers.

One of these nutrients you’ve heard about before. Many foods are fortified with synthetic folic acid, and prenatal vitamins contain either natural folate or folic acid.

Both folate and methionine support the body in making and repairing DNA, which helps us understand why folate is included in prenatal vitamins. If anyone needs healthy DNA, it’s most certainly a growing embryo.

Young or old, the body makes, repairs, and silences DNA through a process called methylation.1

But here’s where things get tricky.

Variants of the MTHFR gene (called SNPs) include slight differences in the gene. These differences mean big or small changes in your genetic instruction book, typically with the MTHFR enzymes that are around 35%-70% less active.2  A variant in the MTHFR gene can show up as too little or too much methylate.

The MTHFR Gene Is the Detox Gene 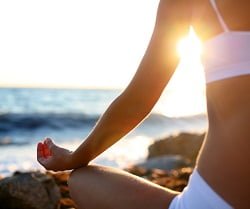 If you have a variation in the MTHFR gene, your body may not be able to effectively detoxify. But with the right nutritional support, you can detox—even with bad genes.

Methylation is a fundamental chemical exchange that happens in the body. You see it everywhere—in every cell, in every organ, and in every tissue.

While we all methylate, not everyone methylates at the same pace.

As we talked about earlier, the gene that heavily influences methylation is the MTHFR gene. Variations in this gene affect how much or how little we go through this process. Without methylate—or with too little—we miss out on a molecule called glutathione.3 Glutathione is the most important antioxidant in your body. It’s at the cornerstone of detoxification.

Because of this, those with variations in the MTHFR gene are often poor detoxifiers. They are unable to go through the methylation cycle at the pace they need to be healthy, and they are unable to produce enough glutathione.

What are your chances of having a variation in the MTHFR gene?

It depends on what area of the world you look at. According to researchers at the University of Catania in Italy, roughly 20% of women have the most typical variant of the MTHFR gene.4 And—more importantly—it appears that this particular type of the MTHFR gene has become more common over the last 50 years.

The only way to really know if you have the MTHFR gene that limits your ability to detoxify is to run a genomic panel.

How to Detox (Even with Bad Genes)

Scientists have found that key nutrients support DNA methylation and your capacity to make glutathione. A shortage of these nutrients has been linked to the inability to properly detox.5,6

If you have a variant of the MTHFR gene that limits your ability to cleanse, it is more essential than ever to consume foods with these nutrients:

Good sources of choline include eggs, liver, and cruciferous vegetables. The best place to find betaine is in shellfish, spinach, and beets.7,8

Herbs can also boost methylation and detoxification, so they deserve a special mention. Milk thistle contains a group of flavonoids called silymarin. Silymarin goes directly to the liver (your detox organ), helping to repair damaged tissue and produce glutathione.9 Likewise, wasabi root (along with other cruciferous vegetables) contains sulforaphane, which is notorious for its ability to support healthy DNA methylation.10

Caloric restriction and short periods of fasting have also been shown to support detoxification.11 The key here is to make sure that you’re not starving yourself of essential nutrients. And when you do eat, always focus on delicious nutrient-dense foods and stop eating when you are 80% full.

5 Ways to Optimize Your Detox

To detox optimally and healthfully, consider:

There are several key genes that play a role in your body’s detoxification process. The MTHFR gene is especially important because it helps the body process two nutrients, folate and methionine. These nutrients support the body in making and repairing DNA in the process of methylation.

Methylate is a fundamental chemical exchange that happens in every cell in the body. We all methylate but not at the same pace. Variations in the MTHFR gene can affect how much or how little we go through the DNA methylation process. That’s why the MTHFR gene is called the detox gene. If you have an MTHFR gene variation, you may be a poor detoxifier. The only way to know for sure is by running a genomic panel.

If an MTHFR gene variant limits your ability to cleanse, you can still support detoxification with five quick tips: 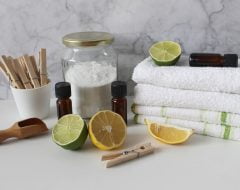 Reduce harmful toxins in your home: Make your own ‘clean’ laundry detergent