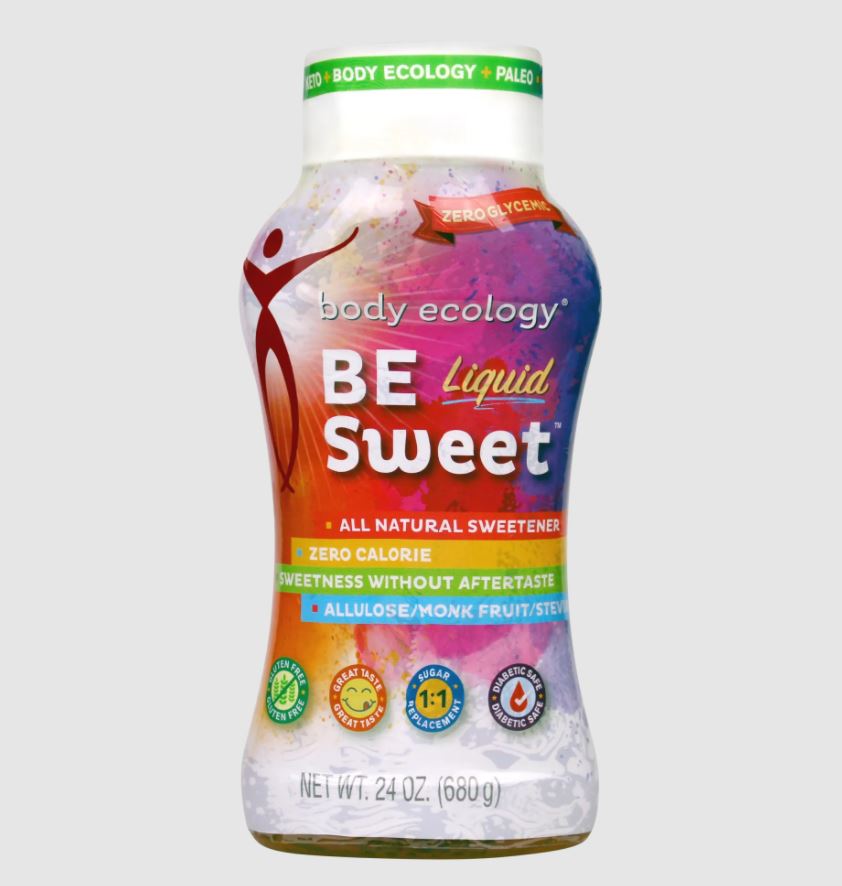 As you start on The Body Ecology Diet, we hope to introduce you to several alternative sweeteners that can provide the sweet taste you crave without the harmful effects of sugar. Be Sweet™ is an ideal zero-calorie baking companion and is also safe for diabetics.

Stephen Guyenet, a neurobiologist at the University of Washington, predicts that if we continue eating sugar with as much enthusiasm as we have over the last 200 years, by the year 2606 the U.S. diet will be 100% sugar.

The United States Department of Commerce and the USDA (U.S. Department of Agriculture) have been keeping yearly records of sweetener sales since 1822. These are added sweeteners such as cane sugar, high-fructose corn syrup, and maple syrup, not the natural sugars found in fruit.

It seems unlikely that our desire for sweets will recede anytime soon. In fact, the American sweet tooth has grown to epic proportions.

Dr. Guyenet puts these numbers in perspective: “In 1822, we ate the amount of added sugar in one 12 ounce can of soda every five days, while today we eat that much sugar every seven hours.”(2)

The mis-education about the dangers of sugar consumption is widespread. It is in the school systems, the home, and even the medical community. If we take the advice of the USDA and eat a grain-rich, low-fat diet, we are setting ourselves up for disease and obesity. (3)

Dr. Guyenet tells us that the dramatic rise in sugar consumption comes from “a single factor: the industrialization and commercialization of the American food system.”

Or, in other words, we are eating food made by large industries that are more interested in the dollar than in our health.

Sugar Is More Addictive Than Cocaine

Not only does sugar alter gene expression and negatively affect several biochemical pathways – it is also one of the most addictive substances on the planet!

Although sugar does not contain opiates (as other addictive substances do, like heroin) it does stimulate the release of endogenous opiates. These are opiates that we make ourselves.

Opiates and their receptors have largely been attributed to what is known as “reward.” When the opiate receptor is filled over and over again, we feel a sense of pleasure and reward. No matter how harmful a food or substance may be to the body, the sensation of pleasure keeps us coming back for more, while at the same time altering brain chemistry. (5)

Like any addiction, whether to coffee or a relationship, change happens when we realize that we are greater than the sum of chemicals floating around our nervous tissue. This can be tough to swallow – especially when it comes to breaking habits and ending addiction.

3 Ways to Break the Sugar Addiction

In addition to determination and disciple, it is helpful to:

Americans are eating more sugar than ever before, and the trend doesn’t seem like it will stop anytime soon. This dramatic rise in sugar consumption is caused by the industrialization and commercialization of the American food system; we are eating food made by large manufacturers that are more interested in making money than they are in public health.

The bad news is that sugar is more addictive than cocaine. Sugar triggers a sense of pleasure and reward with each bite, which keeps us coming back for more – while altering our brain chemistry for the worst.

To break your sugar habit once and for all, here are 3 tips that you can use today: 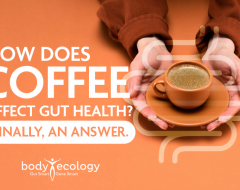 How does coffee affect gut health? Finally, an answer. 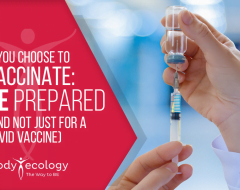